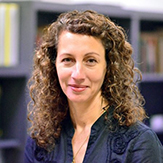 This year’s event was focused on a single critical idea:

“Where you happen to be born shouldn’t determine how long you will live,” explained Bill Gates. “So our task is to close that gap. When we do, we won’t just have equality, we will have life being better in absolute terms for everyone. Progress and equality for each of the development goals.”

To illustrate this point, Prime Minister Ardern shared New Zealand’s innovative “well-being budget” which changes what data guides the government as it sets goals and makes decisions. “We can’t just ask what will drive economic growth,” Ardern told the audience. “Now we need to ask, what will do the most to improve lives now and in the future.” The goal of this new strategy is to prioritize collective global wellbeing.

“Economic growth accompanied by worsening social outcomes isn’t success,” said Prime Minister Ardern. “It is failure. Turning things around requires changing both the way we think, and the way we act, and the way we measure success.”

The program also spotlighted stories of lesser known goalkeepers who are laboring, sometimes in anonymity in laboratories, town halls, and remote villages to reduce inequities.

Bitania Lulu Berhanu explained how her organization, Yalda, has helped 24,000 couples in her home country, Ethiopia, access family planning services by “helping them understand the economic benefits of delaying first pregnancies and spacing out subsequent pregnancies.”

The program featured Dr. Lydia Murithi, Kenya, who is working to overcome bias that leads to health inequities in her Beyond Bias Project. The organization trains health care providers to help them identify, understand, and overcome their own biases which can harm their patients and undermine access to and quality of health care.

The event also included a discussion of bias in the United States with Dr. Jennifer Eberhardt, a social psychologist with Stanford University, and Dr. Joia Adele Crear-Perry, founder and president of the National Birth Equity Collaborative.

“That so much of our world is biased by design may seem nothing but bad,” observed Melinda Gates. “But it actually makes me hopeful. Because if bias can be designed into our communities, our professions, and our lives, then it can be un-designed too. We can edit the code.”

BBC journalist Zeinab Badawi moderated a panel “For Richer For Poorer: Does Global Inequality Matter?” in which speakers fielded questions from the audience about the role of climate change, gender inequity, taxes, and foreign aid. Panelist, telecom billionaire and philanthropist Mo Ibrahim noted, “As human beings and citizens we really need to work for humanity. I don’t want my children to live in a society divided by class and divided by opportunity—that’s not a world worth living in.”

Other panelists included Kay Cole James, president of the Heritage Foundation; actor and comedian John Fugelsang; and Sigrid Kaag, minister of foreign trade and development for the Netherland, who said, “We are living in an era where the fear of globalization and the impact on the lives of citizens wherever they are is seen to be so threatening that it’s easier to withdraw rather than look in a very clear analytical way as to how we need to work together. Global challenges won’t go away. Global challenges don’t respect sovereignty let alone national borders so it’s time to act, to give voice and to invest.”

Other speakers highlighted the progress and challenges remaining in agriculture and nutrition.

Scientist Amanda de Souza, Brazil, is working to improve the yields of cassava, a crop that more than 500 million people across sub-Saharan Africa depend upon. Despite the fact that it is a staple crop for so many households, until recently, researchers haven’t focused on improving cassava yields. De Souza and her colleagues are working to change that by improving the plant’s photosynthetic efficiency.

Nigerian business magnate and philanthropist Aliko Dangote and Zonera Youssoufou, who leads the Aliko Dangote Foundation, explained how they are working with smallholder farmers across Nigeria to produce rice that is then fortified to improve nutrition. The project aims to improve farmer’s productivity and income as well as the nutrition of the people who eat their crop.

These stories, both of personal journeys and data-driven insights, help illuminate the progress we’ve made. Partnerships forged at the event further that progress, hold governments accountable, and connect a new generation of leaders to address the world’s major challenges.

Prime Minister Sanchez demonstrated how a growing number of governments are standing up to the challenge, by announcing a new international commitment from Spain during Goalkeepers. The prime minister, who calls himself a feminist politician and has appointed a cabinet that is two-thirds women, announced that Spain has allocated 100 million Euros over the next five years to support the Global Fund to Fight AIDS, Tuberculosis and Malaria and another 100 million Euros over the next three years to support the Sustainable Development Goals.

Spain is one of the largest public donors to support the Global Fund, having contributed more than US$700 million. But its last contribution was made in 2010. With Prime Minister Sanchez’s announcement, Spain returns to the global stage as a committed international donor.

Remember, progress is possible, but it is not inevitable. We’ve made remarkable advances in the fight against poverty, inequality, and disease. Let’s be sure to close the remaining gaps.

Closing the opportunity gap in the Sahel

Governments in the Sahel must strengthen their education systems and ensure access to quality health care and nutrition services. Success will require an integrated multisector approach, with investments tailored to each community’s needs.
Annette Dixon and Hafez Ghanem