To support innovators in Africa, create an environment where African R&D thrives 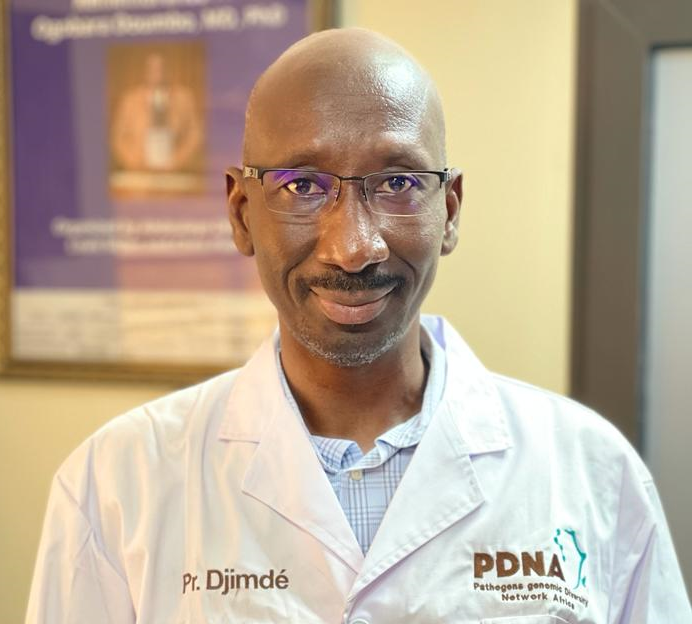 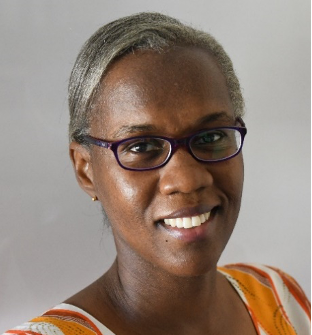 Bill Gates and Melinda French Gates wrote in the 2022 Goalkeepers Report that human ingenuity and innovation are essential to solving the world’s biggest challenges. Grand Challenges exists to spur the kind of progress that they describe. Since 2003, it has awarded funds to more than 3,500 health and development projects in almost 120 countries. Next week, scientists, researchers, and innovators from around the globe will gather at the Grand Challenges Annual Meeting (GCAM). On the occasion of this event, we spoke with malaria researchers Abdoulaye Djimdé and Isabella Oyier, who embody the Grand Challenges mission.

The fight against malaria—a disease that infects well over 200 million people a year, the vast majority in Africa—has become more complicated as new variants escape detection by standard diagnostics and are resistant to drugs. Djimdé, President of the Pathogens genomic Diversity Network Africa (PDNA) in Mali and who is called Djimdé by friends, uses molecular and genetic approaches to study the disease. Isabella, Associate Professor and Head of Bioscience at the KEMRI-Wellcome Trust Research Programme in Kenya, is working to establish a national malaria molecular surveillance platform that will provide cutting-edge data to help decision making.

Djimdé and Isabella, who were both awarded the Calestous Juma Science Leadership Fellowship at GCAM in 2021, have collaborated on several projects, including Africa Center for Disease Control’s malaria genomics rollout roadmap this year. They discuss why they got into malaria research, collaboration, and the importance of locally-led research and development to drive impact in Africa.

Tell us about yourselves. Djimdé, how did you come to study malaria and why is it important?

DJIMDÉ: My interest in malaria was sparked by one of my beloved brothers who passed away from it when I was around 12 years old. Back then, I wanted to be a doctor to treat people with the disease, but I ended up being a scientist. You get what the Lord sends your way.

Just last week, my 21-year-old son came down with malaria—thankfully he is ok—so it is a problem that is still up close and personal.

In a broader sense, trying to come up with new treatments to ease people’s pain, and pushing towards the elimination of malaria is not only a very important scientific issue, but also important in terms of the potential economical and intellectual growth of the people that suffer from it.

Isabella, why did you become a researcher and what was it about molecular epidemiology that spoke to you?

ISABELLA: I was interested in sciences growing up. I came across molecular biology and understood it in theory, but not in actual practice. Fortunately, my mom, who was a nurse, knew someone who worked at a research institute. I got to spend two weeks in the lab studying trypanosomiasis, which is a parasite that causes sleeping sickness. That’s when it clicked for me: I wanted to eventually be that person in the office, with a PhD running research.

My PhD was focused on molecular biology and confined to the lab. Then when I joined the research institution here in Kilifi, a lot of my work was on epidemiology—understanding incidence and disease and making observations in the field. So, bringing molecular biology together with the epidemiology made a lot of sense, because now I could relate the basic science to the observations we were making in the field.

Why did you get involved in malaria research specifically?

ISABELLA: Similar to Djimdé, infectious diseases are obviously big in Kenya and cause a huge burden of infection. I know people who are sick. I also know that if you prevent malaria or you get treatment early, people don't have to die. So how could I help people be healthier and have a better quality of life? I wasn't going to contribute to that by being a medic, but I could do that by being a scientist.

Djimdé, what was the most exciting moment for you in your research?

DJIMDÉ: In 2006, we were in a small village to test a new malarial medication. One late afternoon a lady came running into our research health post with her child, who was having seizures. The mother was desperate. It was really shocking to see how worried she was about her child. This village is so small that there is usually no medical care available. If it was not for our research team, the chances of that child dying would’ve been very high.

We treated her child—and three days later, she went home smiling with her happy baby. Our presence and the new medication we were testing, both contributed to the child’s fast recovery.

These are the kind of things you think about when all the odds push you to go do something else. It just makes you keep going.

You have both collaborated on genomic surveillance for malaria. Why is collaboration so important in research? What might not have been achieved had you two not worked together?

DJIMDÉ: Science is very much a collaborative effort. It's even more true for us here in Africa because if we each work in our little corners our scope is rather limited. It used to be common to see different teams working in different places with small sample sizes that yielded conflicting results. By teaming up, we can gather a larger sample size that we can all access, use the same methods, tools and techniques, and produce much more robust and reliable results. The most recent example of this kind of collaboration was in 2019 in the work we did on genetic diversity of malaria parasites in Sub-Saharan Africa. We would not have found the sub-structures that we discovered if it hadn’t been a Pan-African study that let us look at the parasite population continent-wide.

ISABELLA: Djimdé, who was developing a career in the malaria molecular space, was one of those informal mentors that everyone looked up to, including myself. Our paths crossed more recently when Djimdé had this capacity development training grant to support African researchers across the continent. I was supervising one of the students in that program, which then made me a collaborator. One of the things we’ve seen happen as a result of regular collaboration is the growth of mentorship, career support, and camaraderie. It’s easier to initiate change or even support that change when you have these relationships.

The collaboration ended with a joint publication that looked at drug resistance across Africa at a time when there was an early finding of what we call artemisinin resistance mutation in Africa. We hadn't seen this kind of resistance before so when that was detected in Rwanda, we came together to write a review assessing these mutations across Africa.

Djimdé, what can funders and countries do to support African-led research and development advancements, collaborations, and partnerships?

DJIMDÉ: In Africa, investing in research doesn’t tend to be at the forefront of our governments’ priorities because they have other pressing concerns. It is critical that we have international support to build the capacity to access equipment and resources, which are all very expensive.

If international funding were to slow, we’ll return to the days where there would be very little contribution from African science to the rest of the world because there would be limited local support to do any work on the ground. There are specific contributions that we as scientists working in Africa can do that will be missed if we are not at the table.

With malaria, there are several examples where you would develop some of the drugs or vaccines by using animal models. The results found by looking in animal models would look very promising, but when you get into the field where malaria is endemic and people live with the disease, the results actually become rather disappointing. It is important to do the research in the true field context so that you can get answers that are applicable to where the problem is.

Isabella, as a leader in your field, what do you want to see change for the better in the research and development landscape in Africa?

ISABELLA: I’d like to see our governments create an environment where African researchers and their research can thrive. We are best placed to answer the questions that actually impact us most. How do we get African scientists to stay in Africa?

But when people finish their PhDs, they have few places to go. There are only a certain number of research institutions. If we could expand those options to include postdoc opportunities in our public university system, explore public-private partnerships, and create a research and development culture around autonomy and creativity then I think people wouldn’t feel so half-hearted about pursuing a research career in Africa.

The more of us that are here, the more we build that critical mass that can then drive the change that we'd want to see in the next five to 10 years.

Instead of reacting to the identification of the Omicron variant of COVID-19 with travel bans and fear, the world should be lauding southern African scientists, investing in their research capacity, and addressing vast inequities in vaccine distribution.
By Cheikh Oumar Seydi Director, Africa, Bill & Melinda Gates Foundation

One year in: Extraordinary achievement, powerful momentum, and still a shortfall for the ACT-Accelerator