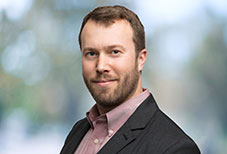 Building on the breakthrough malaria vaccine approved this year, a robust pipeline of next-generation anti-malaria tools will be crucial to getting ahead of malaria and forging ahead toward its eradication.

In October, in what was rightly hailed as a historic milestone in global health, the World Health Organization (WHO) recommended the widespread use of the world’s first malaria vaccine for children under age 5 in sub-Saharan Africa. More recently, the fight against malaria got another proverbial shot in the arm with a significant new investment by Gavi, the Vaccine Alliance, to fund the rollout of this vaccine, known as RTS,S. This new tool, when introduced next year as a complement to existing malaria interventions in eligible countries, the vaccine could help save tens of thousands more lives annually. It builds on a set of effective innovations that, used together over the last 20 years, have been instrumental in achieving progress against this deadly yet preventable and treatable disease. The newly released 2021 World Health Organization’s World Malaria Report confirmed this progress but also the heavy toll that malaria continues to have on the world, reporting 627,000 malaria deaths and 241 million malaria cases in 2020.

While beating malaria has been a centuries-long quest, recent history has seen a tug of war between nature and human ingenuity. Researchers discover novel methods of treating and preventing the disease, and then, over time, the parasite and its mosquito vectors evolve and render those methods less effective.

My optimism is based not only on what this new vaccine can accomplish alongside existing effective tools like seasonal malaria chemoprevention and next-generation insecticide-treated bed nets, but also on all of the exciting and potentially game-changing new tools that have emerged from the research and development of RTS,S.

Progress in fits and starts

The trick to fighting malaria is innovating to keep ahead of the disease and the mosquitoes that transmit it. The experience of the 1980s and 1990s offers a cautionary tale. Widespread drug resistance to chloroquine, then the leading treatment, caused a surge in malaria burden that resulted in more than 1 million people dying of the disease every year. At that point, the number of new tools in the pipeline to control, prevent, and eliminate malaria was scant. And a global plan to eradicate the disease was out of reach, dooming hundreds of millions to suffer the devastating consequences of a preventable, treatable disease for decades to come.

But at the turn of the millennium, right around the time our foundation was created, new opportunities emerged. A massive influx of new funding, prompted by the launch of the Global Fund to Fight AIDS, Tuberculosis and Malaria, the creation of the U.S. President’s Malaria Initiative, and calls to end malaria by 2030 helped put eradication back on the global agenda. Scientific breakthroughs led to powerful new tools such as artemisinin-based combination therapies, rapid diagnostic tests, and long-lasting insecticidal nets.

The innovations that drove this success—developed, expanded, and then delivered by a massively scaled-up community health workforce—saved more than 10.6 million people and prevented over 1.7 billion cases.

But starting in 2015, even as more countries made progress against malaria within their borders, the disease started to catch up once again in the highest-burden countries and those nearest elimination. The per-capita rate of decline in deaths slowed and cases went up as populations increased. Signs of drug resistance showed up in Southeast Asia, and more recently insecticide resistance increased in Africa. An invasive mosquito species, An. stephensi, began showing up in urban centers that had previously had little malaria, causing outbreaks. Then, on top of everything else, COVID-19 hit, threatening the rollout of critical anti-malarial interventions in many countries.

But this time, unlike in the 1990s, we don’t have to accept another disheartening period of retrenchment. This time, the combination of a robust pipeline of emerging anti-malarial innovations, effective new strategies, and more sophisticated surveillance tools along with funding and R&D commitments by new partners suggests that accelerating progress in the years ahead could lead us to the cusp of eradication.

A wave of innovation

Paving the way for this latest surge in innovation in vaccines and biologics, vector control, antimalarials, and more sensitive diagnostics was the research and development of RTS,S, the first-ever vaccine against a human parasite. The result of decades of public-private scientific partnership, RTS,S’s origins date back to 1983, when researchers first identified the gene in the Plasmodium malaria parasite that causes infection. Bench research by the U.S. government continued for decades and then was further advanced by GlaxoSmithKline and PATH. In 2001, excited by the prospect of a malaria vaccine, our foundation began giving catalytic funding to support Phase II and Phase III trials, which ultimately grew to hundreds of millions of dollars. More recently, with funding from Gavi, the Global Fund, and Unitaid, RTS,S was piloted in Ghana, Malawi, and Kenya, leading to WHO’s recommendation and Gavi’s funding for the rollout of the first malaria vaccine program.

That said, studies also show that RTS,S has some innate limitations: It is only 30% effective against severe malaria, does not work very well in older children or adults, requires a specific adjuvant that limits its supply, and loses most of its protection for young children over the first 18 months. Given these limitations, and recognizing that no single tool is enough to wipe out this complex disease, our foundation set out to build on RTS,S to create a next-generation suite of anti-malarial tools. Thanks in large part to what RTS,S has taught us, the new innovations we and others have supported could overcome challenges that have stymied anti-malaria effort for decades.

One of these challenges is finding highly efficacious prevention tools for people of all ages. Over the past year, research into monoclonal antibodies for malaria prevention has advanced through proof of concept into clinical trials. Early-stage research already suggests that a low-cost, single-dose antibody treatment could protect children, and that a solution for all ages may be just one more breakthrough away.

BioNTech, co-creator of the first COVID-19 vaccine, also announced an initiative to develop an mRNA vaccine for malaria and build capacity in Africa to manufacture it. As we’ve seen with COVID-19, mRNA vaccines have the potential to be highly effective, relatively inexpensive to manufacture, and safe to administer. If they prove successful for malaria, they could help sidestep or overcome some of the inherent liabilities of RTS,S.

Newer-generation bed nets that use two types of insecticide are substantially better at killing and repelling mosquitoes than previous models. Attractive Targeted Sugar Bait (ATSB®;) is another promising new intervention that targets outdoor-biting mosquitoes. ATSB crashed local transmission of malaria when deployed in Mali, and it could potentially be market-ready in only a few years.

Yet another persistent problem has been tracking malaria transmission and evolving resistance. By the time resistance to pyrethroid, the key compound used in bed nets, was detected, malaria was already spreading rapidly, and the world has been scrambling to catch up ever since. Now, using improved parasite and mosquito genetic sequencing, our grantees are developing more sophisticated surveillance systems that can catch asymptomatic malaria cases and track the emergence of resistance to new and existing tools in close to real time. Paired with traditional community case management in remote areas, genetic surveillance of the parasite and mosquitoes can give us a more holistic and nuanced picture of malaria’s spread that enables countries to pursue more strategic, targeted responses.

Despite the real promise of these new innovations, an extraordinary amount of work remains to be done and a lot more investment is required. Most of these transformative tools are still years away from being available in malaria-affected countries, but we can accelerate their development and delivery within the decade. In the meantime, it is critical to maximize the impact and supply of current tools by improving systems and using high-quality, localized data to tailor intervention strategies. This will also prepare countries to get the most out of new interventions as they are introduced. And with more investment in the right places, we can help accelerate the development and delivery of more transformative advances that will keep researchers innovating faster than malaria can evolve. That, in turn, should usher us into a new era of rapid decline in malaria cases and deaths and set us on a true path toward its eradication at last.

China’s achievement shows us that it’s possible to eliminate the disease worldwide. Innovative Chinese approaches may provide a successful formula for Africa, which has 90% of the global malaria burden.
By Wendy Wei Senior Program Officer, Malaria, Bill & Melinda Gates Foundation