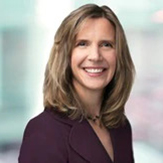 Poverty is not a single fact or condition, but rather a collection of them: a lack of financial assets, a lack of access to property, and a lack of voice in one's community.

Today, as it always has, poverty impacts women the most. Worldwide, women earn 63 percent less than men, yet they spend three times as many hours on unpaid labor, such as housework. Decades of research also show that poverty impacts women differently than men and that it deprives women of fundamental opportunities throughout their lives.

Conversely, we know that when women have the power to make, spend, save, and control their own money, they make gains not only for themselves but also for their communities. The McKinsey Global Institute estimates that fully incorporating women into the economy would add $12 trillion to global GDP by 2025. In other words, realizing gender equality lifts all nations.

One way in which we can help women unleash their power to control their own economic futures is to invest in financial inclusion. At the Bill & Melinda Gates Foundation, we are placing emphasis on the inclusion of women in the developing world, where 4 in 10 women do not have a financial account of any kind. With nearly a billion women lacking access to formal financial services, we need solutions that can apply on a large scale.

Digital financial services—including mobile money, debit and credit cards, and e-commerce platforms—can help a business grow far more efficiently than brick-and-mortar branches and can result in fees that are as much as 90 percent lower than those associated with cash-based services and transactions.

In Liberia, teachers travel up to 10 hours each way to collect their earnings in cash—a trip that often requires missing work and spending as much as 15 percent of their wage along the way. When salaries were digitalized, teachers saved an average of 13.5 hours every two weeks and reduced the cost of collecting their income by 90 percent. That's more than half a day they can now spend in the classroom or with their families.

When a woman has a personal account to store her own income, she can also gain more agency in her life. In Bangladesh, women comprise most of the garment factory workforce but, per local social norms, often hand over their cash wages to a husband or parent. As a result, they have very little say in how the money they earned is saved or spent. However, research from the Better Than Cash Alliance has shown that in garment factories where wages are digital, workers are 69 percent less likely to report that they cannot save money because a family member controls their salary.

Women's financial inclusion is one of many powerful levers that can advance gender equality, but we can't make significant progress if we don't truly understand the realities of women's lives. The United Nations Sustainable Development Goals brought global attention to the gap in gender data by showing that of the 14 indicators for gender equality, only 3 have sufficient data to track progress.

It is clear that we need more and better data. In 2016, our foundation announced an $80 million investment to help fill some of these critical gender data gaps. Through better data, policymakers can more fully understand what works and what doesn't and take action that has proven to be effective.

The IMF has also taken valuable steps to address the gender data gap. Its annual Financial Access Survey looks at financial inclusion from the supply side to support analysis and formation of policy. Last year's survey was the first to disaggregate data by sex, allowing us to see which countries are closing gender gaps in transactions such as borrowing and depositing—vital information for understanding the strategies and policies that support those gains.

We are also exploring ways that technology can help women overcome or circumvent some of the social and cultural barriers to women's financial inclusion. Enabling women to apply for accounts through an automated process, for example, means that they won't be turned away by agents who think women shouldn't be allowed to have their own money.

Kristalina Georgieva, interim president of the World Bank, draws a parallel between digital financial applications and the blind auditions employed at many major symphonies today. Digital financial services, she said, “would do for women in business what the curtain has done for women in music.”

With about 80 million unbanked women in developing economies receiving government transfers in cash, we see a tremendous opportunity to financially include and empower women on a massive scale. But this will only happen if we consider the nuances of how people access and use cash transfers.

So, when we collaborate with governments on their social payment schemes, we do it on three fronts: digitalizing payments on the supply side, directing them to women specifically, and designing the program so that they meet women's unique needs. Only when all three aspects are addressed will women truly attain and benefit from inclusion.

We also partner with governments on identity systems and requirements. In almost every country, people must provide legal proof of their identity to open a financial account. However, in low-income countries, more than 45 percent of women do not have a formal ID, as compared with 30 percent of men.

Countries such as India and Pakistan have successfully rolled out national digital identity programs—using biometric data to eliminate literacy as a barrier. Now women can use their national ID numbers to open digital financial accounts and link directly to government services.

The pairing of digital identities and digital accounts appears to be mutually beneficial to both governments and citizens. In India, the issuing of digital IDs has helped millions of people open accounts for the first time. In Pakistan, after the government linked its identity system to a social payment scheme, the number of women who signed up for IDs nearly doubled.

At the Gates Foundation, we believe that all lives have equal value. But today we know that not all lives have equal opportunity. Access to digital financial services may seem like a small step in the broader context of inequality, but to the woman walking all day to collect her paycheck, or watching as others make financial decisions for her, it can make a world of difference.

When women, especially the poorest women, achieve the same status, power, and opportunities as men everywhere, it will mean dramatic social change that propels all of us forward.


This article was first published in Finance & Development, a publication by the International Monetary Fund.

Sarah Hendriks
Director, Programme, Policy and Intergovernmental Division, UN Women
Sarah Hendriks is the director of the Gender Equality program at the Bill & Melinda Gates Foundation. Prior to joining the foundation in 2015, Sarah worked as the director of Gender Equality and Social Inclusion for Plan International, leading the development of a comprehensive gender equality policy, strategy and global capacity development program.
Connect
More in: Gender Equality Financial Services for the Poor
Published: Mar 12, 2019

A potential solution to Nigeria's challenge is "develop people into human capital" through a collaborative effort between government and business in investing in broad-based inclusive growth across non-oil sectors, demand-led workforce skills development to enhance equal socio-economic opportunity, and the development of a welfare state with a robust social security and investment system (that guarantees universal access to basic healthcare and education).
'Laoye Jaieyeola CEO, Nigerian Economic Summit Group

This is the power of data and evidence. By shining a light on hidden, ignored or underestimated issues, they provide fuel to advocate for change, take informed action and measure the impact of these actions. This is the kind of power needed to end gender inequality by 2030.
Caroline Lambert Visiting fellow, Center for Global Development
Sign up for The Optimist newsletter
Subscribe to The Optimist to get weekly updates on the latest in global health, gender equality, education, and more.