How the Global Fund to Fight AIDS, Tuberculosis and Malaria has helped save 44 million lives 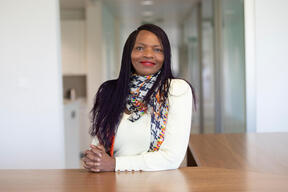 What’s so special about the Global Fund? Let me take you back in time.

When I began my work in HIV/AIDS advocacy in South Africa in 1998, we were wearing black from Monday to Monday. Every day meant another funeral. Back then, if you were HIV positive, health care workers would tell you to go home, prepare your family, and decide who would care for your children.

It wasn’t because treatments hadn’t been developed. It wasn’t because prevention methods didn’t exist. The problem was, they weren’t available or affordable to everyone, and the results were catastrophic.

Among millions of preventable deaths, I lost two friends to the disease, and before that they each lost a little one under age 5. And still, there was so much stigma, many people didn’t talk about it. As they were dying, they would finally say, “I have HIV.”

I joined people in the streets demanding change. We marched everywhere, shouting for a “people’s fund” to support countries’ response to the AIDS epidemic. And the international community listened. In 2000, then-UN Secretary-General Kofi Annan first called for a “war chest” to fight AIDS. By 2002, the Global Fund was created to combat the three deadliest epidemics of the day: AIDS, tuberculosis, and malaria. It was a huge victory. It meant that people who could not afford treatment would have access without experiencing financial hardship.

Since the Global Fund was founded, at least 44 million lives have been saved from AIDS, TB, and malaria. That means millions of people who once would have faced a death sentence can now go to work and be economically active, hug their loved ones, and live full lives.

There’s a reason the Global Fund has been so successful: It is community led. It was one of the first international organizations to ensure that civil society organizations had a voice and seat at the board level. That means communities are at the center of every decision.

So when we talk about lives being saved, what we’re really talking about is the work of hundreds of community-based organizations that the Global Fund helps support. Organizations like the Botswana Network on Ethics, Law and HIV/AIDS (BONELA), which provides direct services and legal advocacy by listening to the stories of the people it serves. BONELA has secured vehicles to bring HIV services to hard-to-reach areas, educated young women about AIDS prevention, and ensured that laws don’t exclude marginalized people like prisoners, sex workers, and LGBTQI individuals from accessing health care.

The fund also helps support organizations like the HER Voice Fund. Operating in 13 African countries disproportionately burdened by HIV/AIDS, HER Voice ensures that adolescent girls and young women are at the table when leaders make decisions about sexual and reproductive health care. That means that when a local leader says, “The new drop-in clinic will be open from 8am to 3pm every day,” there’s a girl there to say, “That makes no sense—school doesn’t get out until 3:30pm.” Adolescent girls and young women know best what they need, and when they need it.

Why support the Global Fund? Look to the next generation.

I’ve been an advocate for over two decades. I’m excited to see a new generation getting involved, including Gracious Lekgoathi, a college student from Limpopo, South Africa. She works with HER Voice, advocating for the rights of young women across South Africa. I hope you’ll take time to read her photo essay below.

With this new generation, things are changing. My friends and I wrote letters and waited by the fax machine for a reply. The younger generation sends a tweet—and sometimes, a president writes back!

We used to stage sit-ins and die-ins to demand change. We were confrontational. Now, young advocates sit at the table with ministers and tell them: “If you don’t invest in the health of your citizens, you are not building the wealth of your country.” They have a different approach, and it’s inspiring to see.

Ensuring that young people are actively involved in the fight against AIDS, TB, and malaria is key because it’s their future. And we need to stand behind them all the way. This September, countries across the globe will have a chance to replenish the Global Fund—and if we do, we could save 20 million more lives.

Thinking about Gracious, I’m reminded why I got involved in the first place: to ensure that her generation—including my own children—never have a closet full of black clothing.

Why I’m fighting for the Global Fund

My name is Gracious Lekgoathi, and I’m a 21-year-old student. I study civil engineering at the University of Johannesburg, but my heart and my soul lie in being an advocate for sexual and reproductive health rights for young women and adolescent girls across South Africa.

I didn’t always feel that way. Talking about sex and HIV used to make me really uncomfortable. But by the end of the day today, 850 more girls and women will have contracted HIV. I realized we all have to be comfortable talking about these issues, or a disease that’s preventable will keep spreading.

As part of my advocacy work with the organization HER Voice, I meet with adolescent girls and young women and listen to their stories—things they wouldn’t talk about with their parents. Two weeks ago, I met with women at my university. One shared, “I would rather die than to go access my sexual reproductive health or HIV services at a hospital or clinic because I am going to be stigmatized.”

If young women feel too ashamed to go to a clinic for HIV services, that’s a problem. We need safe spaces so we can get what we need without facing judgment or discrimination.

The day after I met with the women at my university, I sat at a table with leaders from the Global Fund to Fight AIDS, Tuberculosis and Malaria, including its advocacy head, Linda Mafu, and shared my classmates’ feedback. Right now, countries around the world are making pledges to support the Global Fund for the next three years. The stories I shared at that table will help inform how that money is spent.

Fighting for sexual and reproductive health runs in my family. My grandmother was a community health worker. She used to come to our school and talk with the girls about contraceptives. And if they felt unsafe being seen going to the clinic, she would have condoms on the counter in our kitchen and tell them, “Come to my home.”

I don’t leave condoms on my counter. Instead, I create safe spaces for young women and adolescent girls to make their voices heard, often by connecting on WhatsApp and video chat. My generation feels safer on our phones than other places. Through these platforms, we find the confidence and the courage to embrace our identities and tell our stories.

I like to say that my generation is too Gen Z to die from HIV/AIDS. We are always on our phones. Information about prevention and treatment is very accessible to us. We have all of these tools our mothers and grandmothers didn’t have.

But young people need our governments to commit. Countries and international organizations need to fully replenish the Global Fund so we all can continue to access the services we need. From 2010 to 2020, HIV infections among young women and girls in South Africa dropped by 48%. I believe this would not have been possible without the Global Fund. We need to keep this momentum going so girls and women—people like my grandmother, Linda Mafu, and me—can continue to lead.

In a world of multiplying crises, we cannot neglect the fight against dangerous diseases that cause untold death and suffering in low-income countries, including HIV, tuberculosis, and malaria.
By Bill Gates Co-chair, Board Member, Bill & Melinda Gates Foundation