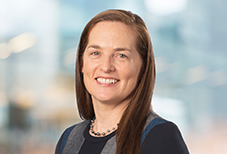 When I was working in Tanzania as a field researcher, my family slept under bed nets every night and sprayed the walls of our house with insecticide. I’m a medical entomologist, so I knew how important it was to protect ourselves against mosquitoes. One night, we visited some friends for an evening and our one-year-old son slept on their bed for a few hours without a bed net. A few days later, he started showing symptoms of malaria.

I'll never forget arriving in Dar es Salaam, 350 kilometers from home, with my son feverish and crying, getting sicker throughout the journey as my husband and I grew more and more afraid. We went straight to a doctor, who immediately diagnosed malaria with an extremely high parasitemia, or number of parasites, in his blood. Luckily, my son’s malaria had been caught early enough and would be treated. I knew that my child would be okay, and that we were privileged to have access to good care, but it didn’t make the experience any less frightening.

Part of the reason malaria continues to affect so many is because it’s so easy to get bitten. If my son had been under a bed net that night, he would probably have avoided the mosquito that made him so very ill. That’s why bed nets treated with pesticides—long-lasting insecticidal nets, or LLINs—have been a powerful tool in malaria prevention for decades. The proof is in the numbers: LLINs alone are credited with preventing 68% of malaria cases from 2000 to 2015. That’s an enormous number of children saved from a preventable, treatable disease that kills too many.

In recent years, however, malaria-transmitting mosquitoes have become resistant to the pyrethroid insecticides used in nets, making the chemicals less effective at killing dangerous mosquitoes and preventing their bites. As my colleague Philip Welkhoff wrote last fall, “The trick to fighting malaria is innovating to keep ahead of the disease and the mosquitoes that transmit it.” We at the Gates Foundation believe we can eradicate malaria within our lifetimes. But to do it, we need more tools to deal with those pesky, ever-changing mosquitoes.

Now, after many years of research, we have one potential game-changer: the Interceptor® G2 (IG2), a new dual-insecticide bed net that in initial trials has been impressively effective at preventing malaria.

Working against the clock to invent a new net

As pyrethroid resistance in mosquitoes grew, many national malaria control programs and their partners sounded the alarm that new LLINs were needed to keep malaria in check. Over a decade ago, BASF started developing a new net with a new insecticide, in partnership with the Innovative Vector Control Consortium (IVCC). In 2018, a critical milestone was met when the Global Fund to Fight AIDS, Tuberculosis and Malaria and Unitaid funded the New Nets Project (NNP), with support from the Gates Foundation and USAID.

NNP is a partnership launched and led by the IVCC. NNP was charged with an ambitious goal: to pilot the development of next-generation LLINs and establish the scientific evidence needed to show their effectiveness and support official recommendations for their use.

Making a new insecticidal net is much more complicated than one might think. A LLIN is meant to work for three years, so whatever insecticide is used must stay on the net for that length of time and not rub off from use or come out in the wash. The compound used must also be completely safe for humans, and not just in terms of sleeping under it—it must be safe enough for a baby to suck on. The net itself must also be durable enough not to rip easily or fall apart through normal use. This balance of safety, resilience, and efficacy is hard to achieve and harder to maintain.

COVID-19 made the NNP’s work even more critical, as progress against malaria—already stalled since 2015—slowed even further due to the pandemic’s ripple effects on public health. According to the most recent World Malaria Report from the World Health Organization (WHO), 2020 saw 14 million more malaria cases and 47,000 more malaria deaths than in 2019 due to COVID-related disruptions, despite heroic efforts by community health workers to maintain services during the pandemic.

Against this complex landscape, and despite COVID’s impact on the daily operations of laboratories and research facilities, NNP continued to help deliver new nets into countries that desperately needed more effective insecticides. In doing so, they generated critical evidence to help scale up a more effective product: the IG2 net.

A novel attack: How the Interceptor G2 nets are different

IG2 pairs a traditional pyrethroid insecticide with a unique ingredient called chlorfenapyr that goes after mosquitoes’ mitochondrial energy centers. This cripples and eventually kills the bugs by effectively stopping respiration at the cellular level. Because chlorfenapyr needs to be metabolized by the mosquito into the active compound, it tends to have a slower killing effect than the usual fast-acting pyrethroids. This novel method of attack should help manage the resistance problem and help regain some of LLINs’ lost effectiveness.

As every scientist knows, what works in the lab doesn’t necessarily translate to the field, but to date IG2 trials have been extraordinarily encouraging. In March, a two-year randomized trial in Tanzania involving 39,000 households found that IG2 nets reduced malaria incidence by 45% in children under age 10 compared to traditional pyrethroid-only LLINs. Although more expensive than standard LLINs, IG2s also saved money when factoring in the costs of malaria diagnosis and treatment.

Results from a second major study in Benin will be available before the end of this year, and if they match the welcome news from Tanzania, it is hoped that WHO will officially recommend IG2 nets for use in 2023. But many countries are already taking the leap: Smaller IG2 pilots in 20 countries across Africa have been showing equally promising results, and some countries are already working to procure more IG2 nets.

Mozambique, for example, reported a 50% decrease in malaria cases after using the new LLINs. “Hardly anyone comes to the clinic with malaria anymore,” said one doctor in Mozambique’s Changara District. “You don’t have to show me data. I know that it has worked.

It's enormously exciting to see the positive reviews for IG2. But while new LLINs are essential, there is no one silver bullet that will eradicate malaria from the Earth. That’s why the Global Fund, product development partners like IVCC, our foundation, and many other organizations in this fight are investing in other innovative tools to control mosquitoes. Some of these new frontiers in vector control include attractive targeted sugar baits (ATSBs) that target mosquitoes outside the home, modifying mosquito genes to reduce mosquito populations or make them unable to carry the malaria parasite, and endectocides, drugs humans can ingest that will kill mosquitoes that feed on them.

Malaria
The foundation’s strategy to a world free of malaria

These new vector control strategies should be part of a comprehensive anti-malaria toolkit that gives countries everything they need to protect their citizens and lets them employ the tools in a targeted way. IG2 and other new vector control technologies should complement both existing vector control tools like LLINS, spraying, and larviciding with initiatives such as expanding access to early treatment and better malaria surveillance. In one example of what can be achieved, Rwanda successfully cut its malaria burden by 86% in just five years, from 2005 to 2011, by combining the full spectrum of anti-malaria tools, techniques, and strategies.

Collective funding for these efforts is essential. The Global Fund has contributed more than US$16 billion to fight malaria and provides more than half of the international financing for malaria programs worldwide. Later this year, the global community will have an opportunity to replenish the Global Fund and provide the world’s malaria programs with the resources they need. This will be critical to continuing the fight against malaria and accelerating progress toward eradication.

Malaria kills more than half a million people every year—most of them children under age 5. I know all too well how just one night without a bed net can be the difference between a child staying safe and getting sick, or even staying alive. We have the innovations that can bring malaria to its heels at last—we now need the will to make it happen.

Helen Jamet
Deputy Director, Vector Control, Bill & Melinda Gates Foundation
Helen Jamet is a medical entomologist with more than 20 years of experience in malaria prevention, research and vector control product development.
More in: Malaria
Published: Aug 18, 2022
Sign up for The Optimist newsletter
Subscribe to The Optimist to get weekly updates on the latest in global health, gender equality, education, and more.

The extensive research and development behind the breakthrough new malaria vaccine is informing work on a new generation of complementary tools to control, prevent, and ultimately eradicate malaria.

China’s achievement shows us that it’s possible to eliminate the disease worldwide. Innovative Chinese approaches may provide a successful formula for Africa, which has 90% of the global malaria burden.

Exemplars in Global Health aims to help country-level decision-makers, global partners and funders allocate resources, develop policies, and make decisions based on data-driven global health models.
Sign up for The Optimist newsletter
Subscribe to The Optimist to get weekly updates on the latest in global health, gender equality, education, and more.