News – and not the fake kind – is holding back the SDGs 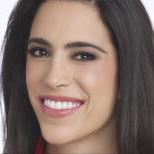 As we approach another year of the U.N. General Assembly, when reporters like me chase world leaders around midtown Manhattan for one heady week, I’m haunted by one question: What happens when they all go home?

The issues that were central to the discussions and debates disappear from public view, if they get picked up at all. To be fair, the U.N. is concurrently pursuing 17 Sustainable Development Goals, within them a total of 169 targets for progress—it’s a broad sweep of the many problems that need fixing around the globe. But as a member of the press I’m consistently disappointed to see our industry, as a whole, failing to cover even a few of them consistently.

Here in the U.S. the high-decibel, hyper-partisan debates around the Trump administration have crowded out coverage of environmental and humanitarian stories. But even before this U.S. president took office, few minutes of television were focused on the grand challenges captured in the SDGs—the issues that shape human lives and livelihoods. Topics such as childhood obesity and malnutrition, climate resilience and affordable housing weren’t dominating the evening news. The new Goalkeepers report provides a snapshot of issues like access to education (through the efficient, successful schools of Vietnam), women’s health (through the voices of women sex workers in Zimbabwe) and agricultural innovation (through the marketplace of Ghana, which supplies much of the world’s coffee and chocolate). These issues are both vitally important and profoundly interesting, when you look closely at how they play out on the ground.

The way we report on the world in many newsrooms is problematic, if not pathological. Our coverage tends to be shaped by three forces, which I call the three Fs of the modern media: fetish, famine and fearmongering. In the late summer of 2015, the cause of refugees became a media fetish. The surge of migration into Europe led to a journalistic meme: earnest but formulaic stories by an intrepid reporter walking alongside refugees on the trail from Greece to Germany. These seemed to be well-intentioned efforts to capture the urgency of that moment. But they added little context on why so many people were on the move and how they fitted into the overarching global migration crisis. The world’s largest refugee camps are in Bangladesh, Uganda, Kenya, Jordan, South Sudan and Tanzania, far from the spotlight on central Europe.

One consequence of fetish reporting is that the moments of attention are fleeting; just a few months later, when those same refugees were still desperately on the trail and struggling with access to basic services, few cameras were left to check in on their plight. No consistent, constructive public debate on migration policy ensued. Quite the contrary—extreme views became the loudest and tore apart the European policy response.

Other than a momentary surge in fundraising, a media fetish doesn’t achieve much of a lasting impact. But it’s arguably better than the more frequent scenario of a media famine, by which some major global concerns never make it into the news cycle. Issues such as population growth and reproductive health have suffered from such a media famine; they are rarely addressed and almost never explained holistically. Meanwhile, we’re missing the opportunity to understand and plan for a world of almost 10 billion people by 2050. Many of us, and certainly our children, will still be around then to look back on the things we should have done now, if only we had seen them.

The third F in the media cycle is fearmongering. As an example, take the news coverage of the 2014-15 Ebola outbreak in West Africa. In a study my team at News Deeply produced for Rockefeller Foundation, public health officials told us that the prevalence of inaccurate reporting on the Ebola crisis—often delivered in alarmist, hysterical tones—actually made their work harder. The way we covered Ebola made the outbreak harder to contain. It steered the public debate away from practical solutions and hampered individual preparedness, while distracting health officials from the real work that needed to be done. The media focus on a handful of cases in the U.S. and Europe far eclipsed the thousands of actual deaths in Africa. And while proximity does bring the story home, the real threat to all of us rested in whether or not the outbreak on the ground, in Africa, would be effectively contained.

Fetish, famine and fearmongering. Those are the dynamics of information flow that we see today, and they are not serving us well. We need new models of journalism and information output to keep up with the complex challenges we’re facing. David Bornstein and Tina Rosenberg, two celebrated journalists from the New York Times, started the Solutions Journalism Network to “rebalance the news, so that every day people are exposed to stories that help them understand problems and challenges, and stories that show potential ways to respond.” Molly Bingham, a veteran foreign correspondent with Orb Media, now syndicates investigative journalism on social and environmental issues to new outlets around the world. Her team’s landmark piece on microplastics in drinking water was read in newspapers from the U.K. to Brazil to Bangladesh. Innovators like these, some working within legacy newsrooms and others designing new systems of their own, are the engines of good information that will help us find a better way forward.

To quote the philosopher Alain de Botton in The News: A User’s Manual: “Modern societies are still at the dawn of understanding what kind of news they need in order to flourish.” In other words, we are still searching and fumbling for ways to serve our information needs. We need news systems that help us understand the problems that need solving, that make us more capable of self-correction. If we want those systems to exist we need to build them. Otherwise we’ll struggle to meet our goals or even raise our game in the field of global development.

As a young girl in Colombia, I remember long conversations around the dinner table about the urgency of access to family planning for all Colombians.
Lizzie Zobel Co-founder and chairman, Teach for the Philippines

Which targets should Goalkeepers focus on?

There is another kind of factfulness we should remember. When global issues are up for discussion—whether at the family dining table, or among campaigners, influencers, or even philanthropists and politicians—too often, the causes attracting attention and money are those with the most media impact or a sense of moral obligation.
Bjorn Lomborg President, Copenhagen Consensus Center