Which targets should Goalkeepers focus on? 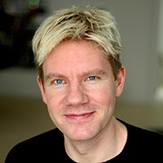 As the Gates Foundation prepares to release its 2018 Goalkeepers Report on Tuesday, Sept. 18, we asked several leading voices to reflect on some of the key issues the report will cover this year. We’ll share some of these essays on The Optimist over the next few weeks.

A crucial theme of Factfulness is that we often fail to understand how much better humanity is doing. Many of us believe, for example, that the proportion of people in poverty has doubled over the past two decades, when it has halved. We think just 2 in 10 girls finish primary school, when the right number is 3 times as many. We believe that deaths from natural disasters doubled over the past century, when they have more than halved.

Erroneously believing fixed issues are huge problems means we’re likely to spend valuable resources trying to fix them once more. If we mistake success for failure, we are likely to miss the most effective ways to do even better.

But there is another kind of factfulness we should also remember. When global issues are up for discussion—whether at the family dining table, or among campaigners, influencers, or even philanthropists and politicians—too often, the causes attracting attention and money are those with the most media impact or a sense of moral obligation.

When there are clear ‘victims’ we can relate to along with a vivid narrative, we respond viscerally and often forget effectiveness. Stopping to ask, “What can we achieve?” can seem crass when discussing challenges like children being educated, families lifted out of poverty, or diseases being eradicated.

It feels nobler to say, “We should do it all.” But there is never enough money for everything. All of us, including (and especially) the highest-level decision makers, have to prioritize. Some problems are harder to fix than others, while some solutions are easier to implement.

To oversimplify, imagine that a politician has two choices: one is a fairly cheap solution, and generates a large impact against a challenge that doesn’t attract much attention but affects a large population; and the second tries to address a problem that is the lead story on the evening TV news every night, but it doesn’t achieve much at all. If the politician is guided by what appears to be the most pressing, she forgoes doing the most good.

Real world examples are more complex, but the lessons are the same.

The Sustainable Development Goals (SDGs) urge policymakers to do almost everything for everyone. Each of the 169 targets will help, but there is no way any country has enough resources to do it all. Some of these targets will receive vastly more money and attention. So, what should goalkeepers do?

Let me share an example. If you could influence governments to spend an extra million dollars on one of three important issues, which would you choose? And let us for the moment assume the measure of success is potential deaths averted.

Using global averages and standardized investments to illustrate the point, we find that these ideas are not equal. (Of course, in individual contexts, targeted solutions for each challenge will be different—but this gives us a useful broad guide to our options.)

Focusing on the biggest problem means picking air pollution. A popular approach is to replace diesel with ultra-low sulfur diesel, which reduces the biggest killer: particulate air pollution in cities. Working out the effectiveness, $1 million will save a respectable 6 lives.

Sanitation is a massive problem affecting almost 3 billion people. Yet, toilets remain expensive to build, and are only a part of the solution. Roughly speaking, $1 million constructing toilets would, over the lifetime of the toilets, avert 5 deaths.

Contrast these with the much more powerful investment, treatment of tuberculosis. Medicine is cheap and no longer patented, and $1 million could save about 650 lives.

This isn’t meant to suggest we end efforts to solve air pollution or poor sanitation. Nor does it mean resources spent indiscriminately against TB will be effective. But it shows that, on average, across the world, using the best, well-documented solutions, focusing $1 million on sanitation instead of TB can mean forgoing the opportunity to save 645 lives.

Of course, lives saved are not the only important metric, which is why 50 teams of economists including Nobel Laureates looked at the SDGs for the Copenhagen Consensus, applying a cost-benefit analysis to understand what each rupee, pound, peso, or dollar spent by a government or philanthropy can achieve.

This analysis, published by Cambridge University Press in the book, Prioritizing Development: A Cost Benefit Analysis of the United Nations' Sustainable Development Goals, underscores that not all SDGs are equal. This analysis includes lives saved, but it also takes into account the other economic, environmental, and social benefits of each investment. It shows that sanitation is better than it looks above, because its biggest benefits are not avoided deaths but time saved and avoided disease. Sanitation creates a respectable $3 of social benefits for each dollar spent, whereas cleaner diesel only returns ¢30. Tuberculosis delivers an astounding $43 of social benefits for each dollar spent. And perhaps surprisingly, there are even some targets that are 40-times more effective than the TB example highlighted here.

You can also just look within a single area, for example, in education. Is increasing secondary school completion or access to pre-school education more powerful? The research is clear: globally, investment in secondary school achieves about $4 of social good for every dollar spent, whereas at the pre-school level, investment can encourage a lifetime of learning—making the resulting adults much more productive—so each dollar produces $33 of social good.

This is why we need to embrace factfulness, not just for its revelations about global problems, but to sharpen our focus on their best solutions.

Bjorn Lomborg
President, Copenhagen Consensus Center
Dr. Bjorn Lomborg is president of the Copenhagen Consensus Center and visiting professor at Copenhagen Business School. For this work, Lomborg was named one of TIME magazine's 100 most influential people in the world. His numerous books include "The Skeptical Environmentalist", "Cool It", "How to Spend $75 Billion to Make the World a Better Place" and "The Nobel Laureates' Guide to the Smartest Targets for the World 2016-2030."
Connect
More in: Philanthropy Policy & Finance
Published: Sep 18, 2018