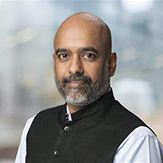 In hindsight, we all should have seen the second surge in India coming.

After all, a similar pattern had already unfolded in many countries over the course of the COVID-19 pandemic: an initial spike in cases, followed by a plateau and decline, and then a sharp resurgence. Across Europe, the Americas, and Asia, few countries had been spared a so-called “second wave.”

Still, it was difficult to remain vigilant amid so many positive trends. The number of new cases in India had declined from 100,000 per day last September to just below 10,000 per day by early February. Studies in several cities indicated that many people had some level of protection against the virus through previous exposure. A nation-wide vaccination program had commenced. Economic activity—especially critical for the livelihoods of vulnerable populations—was starting to rebound from the severe dips caused by the “first wave.”

Some did warn that a second surge could occur. But few imagined the ferocity with which it would arrive.

By now, you’ve likely seen news coverage of the distressing situation here. It would be difficult to exaggerate the magnitude of the crisis. During a recent peak, new cases surpassed 400,000 per day. The loss of life is staggering, with the daily toll exceeding 4,000 deaths on some days.

The health care system, with some exceptions, was quickly overwhelmed. Most critical care facilities reached patient capacity, leaving many of the severely ill unable to receive the intensive care they needed. Health care staff worked tirelessly to treat as many people as possible, but they faced a shortage of available therapeutics and critical equipment. Oxygen—whether piped into medical facilities or in pre-filled cylinders—was in desperately short supply.

Some of these constraints have eased. Others continue.

I live in India. My colleagues, friends, and family are here. None can say their lives have not been disrupted by this devastating disease. Many, myself included, have fallen sick. Most have lost someone close to them.

Despite the tragedy, India’s resilience shines through. As is so often the case, crisis has stirred the humanity and compassion that exists within all of us. Those who are able have rallied to support the less fortunate. Neighbors are tending to one another in their time of need. Social networks are stepping up where the system is under stress. A broad coalition of people across government, private industry, faith-based groups, philanthropies, the Indian diaspora, and other spheres of life have mobilized to provide support to those who need it most.

It has not been enough. Too many continue to fall sick. Too many don’t receive the care they need to survive.

Many countries in South and Southeast Asia, including Bangladesh, Nepal, and Thailand among others, are reporting serious surges in COVID-19 cases. The virus won’t stop there.

The human toll of each new case is reason enough to act. But every new transmission is also an opportunity for the virus to mutate and for new variants to emerge. The Government of India has used genomic sequencing—a type of scientific analysis that can detect changes in a virus—to track new variants that may have emerged in India. On May 10, the World Health Organization labeled one such new variant, termed B.1.617, a “variant of concern.” B.1.617 joins earlier variants detected in the UK, Brazil and South Africa. Early evidence suggests that B.1.617 and some of its sub-variants might spread more easily from person to person.

That’s challenging enough, but the threat posed by future variants emerging across the world could be even greater. If the virus is allowed to spread and mutate freely, a variant could emerge that current vaccines are ineffective against. That’s why strengthening the ongoing response effort in India—and anywhere else where cases are on the rise—is especially critical.

Our foundation’s India Country Office is working to complement the COVID-19 response from the government and other organizations on the ground. As a private foundation, we are often able to act nimbly to fill gaps even as large-scale government and multi-lateral responses ramp up. In particular, we’re using that flexibility to work with partners to strengthen the response in the highly populous states of Uttar Pradesh and Bihar.

For instance, our grants are funding the training of medical personnel and helping to secure critical medical resources such as personal protective equipment and therapeutic oxygen. Through coordination with the government, we’re working to ensure that those resources go to the communities in greatest need. We’re also supporting public messaging campaigns so everyone has access to timely and accurate information and can make informed decisions to protect themselves, their families, and their communities.

In addition, we are in discussions with the government to help INSACOG, India’s national consortium for genomic sequencing, expand its ability to track the spread of variants across the country.

In parallel, through our grantees, we continue to support technology transfer and the scale-up of COVID-19 vaccine manufacturing and delivery. India has licensed three vaccines thus far for emergency use and administered over 180 million vaccine doses as of mid-May, but the country’s population is vast and broader coverage is needed. The Government of India is taking aggressive measures to expand vaccine availability and access over the next four to six months, and we are working to help mobilize further support to accelerate that work.

As India has demonstrated, oxygen availability may quickly tighten during a surge, so it’s critical to prepare supply chains for that possibility. Similarly, a sharp increase in new cases is likely to exhaust treatment capacity at medical facilities, so plans to rapidly expand that capacity need to be in place. To effectively track the emergence and spread of new variants, genomic sequencing capacity must also increase.

Most importantly, widespread vaccination—the only way to sustainably reduce transmission—must rapidly accelerate worldwide. Unfortunately, of the roughly 1.5 billion COVID-19 vaccine doses administered globally, more than 80 percent have gone to people in just a handful of higher-income countries. We have to do better, or what’s happening now in India will happen in other places. As long as the deep inequities in vaccine access persist, the virus will exploit the opportunity to spread among unprotected populations.

We cannot continue to allow that. The risk is too great. We must heed the lessons of India’s crisis.

The pandemic won’t be over until it’s over for everyone.

Our work in India

We work in collaboration with the Indian government and other partners on various issues, from health care and sanitation to gender equality, agricultural development, and financial empowerment of the most vulnerable populations.

Perspectives on the global pandemic response

We’re sharing the latest updates on our response to COVID-19, reflections from our leaders and partners, as well as the stories that keep us optimistic.

M. Hari Menon, head of the foundation’s India office, assesses COVID-19’s impact in 2020 and shares his hopes for the new year.
By M. Hari Menon Director, India Country Office, Bill & Melinda Gates Foundation
Sign up for The Optimist newsletter
Subscribe to The Optimist to get weekly updates on the latest in global health, gender equality, education, and more.