The fight against antimicrobial resistance 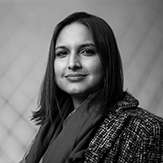 Abhilasha Karkey is among the 2018 class of the Aspen New Voices Fellowship, an initiative supported by the Bill & Melinda Gates Foundation that is designed to amplify expert voices from the Global South in the global development discussion.

At Patan Hospital, one of the largest and most modern institutions in Nepal, 75 percent of infections are due to bacteria that have become resistant to antibiotics. It is an acute and growing problem in microbiologist Abhilasha Karkey’s home country of Nepal. Karkey has made it her life’s mission to find innovative ways to fight back against the superbugs.

Antimicrobial resistance (AMR) in Nepal is the result of several factors, including the rampant overuse of antibiotics, lack of access to clean water, and how climate change is increasing the prevalence and severity of outbreaks of typhoid. Karkey, a medical microbiologist at the Oxford University Clinical Research Unit in Kathmandu, is working to piece together the puzzle posed by these multiple threads and recently penned a poignant essay on how access to clean water is vital.

But while the situation with AMR is dire in the Global South, she emphasizes that all countries need to pay attention to its potential spread, particularly through tourism. Antibiotics are “magical”, she says, but better measures must be put in place to use them effectively.

The Optimist caught up with the Aspen New Voices Fellow at the crack of dawn in Nepal, so our video conversation wouldn’t be interrupted by the frequent power cuts during the evenings in Kathmandu.

On how she got interested in researching resistant pathogens

I was working closely with the neonatal group in a hospital about five years ago. After a while, the pediatrician would say, "Everyone seems to be dying." We went back and looked at records to actually see that there was a resistant bug going around the hospital, and it was something that we could have prevented. We have regular outbreaks in our hospital wards that sometimes cause over 80 percent of deaths in babies less than a month old.

Then, one of my close friends lost her child to AMR sepsis. I always knew it was a problem, but that was when I thought, "I really want to work on this.” That's when I started focusing my research on AMR.

On the resurgence of treatable diseases, such as typhoid

When I started researching typhoid in Nepal about 10 years ago, it was a treatable disease. Typhoid is the main reason why people come to hospitals in Nepal; Kathmandu is known as the enteric fever capital. Back then, it was just a matter of prescribing the antibiotic, and they'd get better.

But we've seen from 2010 onwards, it's taking patients longer to get cured. They come back saying, "My fever's not gone." In the last year, we have even had to hospitalize patients because they're starting to get complications. It’s becoming more of an issue because now, patients are dying of typhoid, which wasn't the case before.

On improving diagnostics in resource-poor environments

AMR is a complex problem anyway and in Nepal it doesn’t get any easier. When I look at culture system in the microbiology lab, we're sometimes unable to identify what pathogen it is because there's a lack of reliable electricity, and without reliable energy, we cannot run the incubators or machines that are necessary for pathogen growth and identification.

There are systems where you can take cultures without electricity, which I think would help, but these need to be further investigated.

If we could improve our diagnostics, of which culture is the major one, it would prevent antibiotics being prescribed, which would help reduce AMR.

Coming to a hospital takes a lot of time in Nepal, which means that even if you go to hospital with a fever, a person loses a whole day of wages. So, the alternative is that you just walk into a pharmacy and buy an antibiotic. You don't need a prescription.

We did a study in Nepal and realized that often pharmacies are a huge problem in contributing to AMR because they dispense drugs without any prescriptions. The government has a rule where you cannot sell an antibiotic without a prescription. But it's not implemented.

We now have a program where we work with the pharmacists. Initially, when we talked about AMR, they thought we were taking their business away. But we've been doing an engagement program with them over the past two years, where we try to explain that we actually want to save their business for the coming years because right now people are dying needlessly.

What scares me most is the overuse of azithromycin—the last drug we have that is still effective against typhoid. In a study I conducted, which looked at all the pharmacies around Kathmandu, about 1200 pharmacies, we saw the highest-selling antibiotic without prescriptions was azithromycin.

This directly relates to what we see in our clinical trials—patients aren't responding to the medicine and we're having to hospitalize them for typhoid.

On the connection between the lack of clean water and AMR

Over the past few years, we have had heavier monsoon rains in Nepal. We have more flooding and with broken infrastructures, we see a lot of mixing of the sewage and water pipes. Because there isn't clean water, when people see a huge amount of flowing water, they'll just get their buckets out and they'll start collecting the water.

I’ll say, "But that still doesn't get rid of the pathogens." They’ll respond: "But we only use it to wash dishes."

Then, they eat off that. Or you've got people who are so poor that they actually drink that water because they don't have fuel to boil it.

On how global tourism impacts the spread of AMR

Our main revenue in Nepal comes from tourism—and AMR is a global issue. One example is of ceftriaxone-resistant salmonella, which is the pathogen that causes typhoid. Ceftriaxone is one of the last drugs that has shown to combat typhoid, but the pathogens were recently shown to be resistant in Pakistan. Within a few months, that same antibiotic-resistant strain of pathogen was carried back to the United Kingdom and the United States. That’s how easy it is to pick a bug and have it spread. I think if we don't control it here, it's going to be a bigger problem worldwide very soon.

You’ve got systems in place in developed countries. In countries like Nepal, they don't. There are very limited resources, and [superbugs] are the last place people will put resources into.

On breaking down silos in climate change and health

I think scientists from the Global South need to be involved in global research agendas because there's a huge gap between what gets funded and what actually is the problem.

We have typhoid vaccines being rolled out in Kathmandu right now. But we don't actually know the burden of disease in the population because many of the hospitals can't identify what the disease actually is.

And vaccines are fine. They should be given out.

But there are a dozen other diarrheal diseases that affect this population. I believe there are other solutions to look into, for example, point-of-use water filtration systems. If we could test their efficacy, put them into households, I think that would give more of a long-term solution because it would protect people against more diarrheal diseases than just the disease that's being vaccinated for.

I think climate change is a huge problem. Kathmandu has become a very urban city with no trees. All the trees were cut down, and buildings just come up. There has to be better urban planning. Climate change—and extreme weather issues like flooding—exacerbate the spread of disease and bacteria, particularly because it makes access to clean water so much more challenging.

One of the ways I’m trying to find a solution is through my passion for biosand filters, which I did a bit of research on. Just getting filtration systems into houses that don't require electricity or fuel would help bring diarrheal diseases down because lab studies show you can reduce bacteria and viruses in water.

As I think about that, I think scientists need to be working with climate change and health specialists. There's a huge gap. No one talks to each other.

On continuing to believe in the magic of antibiotics

When I worked with Medecins Sans Frontieres in 2005, we operated on a woman in South Sudan in the least hygienic environment. We all actually thought she was going to die because of her medical condition, and also because of the rudimentary way she was operated on in a remote area of the country, with very few tools. We gave her tons of antibiotics, but we thought ‘She's not going to survive in the middle of nowhere.’ But she did.

I keep telling people—the magic of antibiotics still exists. If we can just improve our ways a bit, we can get that magic back.

Here we are, even in Kathmandu, we do surgery in the most sterile environments, and antibiotics don't work later on, and the patient dies.

And that woman in South Sudan—she just reminds me of all the magic that antibiotics actually holds. The way I look at it is we've just lost our way. I think we can get back on track if we put simple measures in place.

There’s a lot of misunderstanding, or very little understanding of how complex a problem AMR is. A lot of doctors here get very frustrated when they see a microbiology report that says it's a resistant pathogen. But I keep telling them the story of this woman because I believe we can get there again.

Ruchika Tulshyan
Founder and CEO, Candour LLC
Ruchika Tulshyan is an author, educator, and journalist. Her writing has appeared in publications including Harvard Business Review, Forbes, and The Seattle Times.
Connect
Published: Oct 30, 2018

The flush toilet hasn’t changed much since it was invented in 1596 by Sir John Harington. (Yes, the inventor of “The John” was named John. See also: Thomas Crapper.) Sure, there have been other advancements – waste treatment plants, underground sewers, septic systems – but these complicated, expensive, and hard-to-manage technologies don’t do much good in developing countries where 950 million people still have to defecate outdoors.
Ryan Bell Feature Writer, Bill & Melinda Gates Foundation

How a global public-private collaboration has successfully rolled back a little-known but devastating disease.
Caroline Lambert Visiting fellow, Center for Global Development
Sign up for The Optimist newsletter
Subscribe to The Optimist to get weekly updates on the latest in global health, gender equality, education, and more.