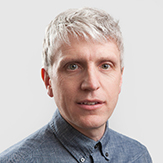 As the year draws to a close, all of us the Bill & Melinda Gates Foundation have been reflecting on the innovations, initiatives and investments that have driven progress in global health and development over the last 12 months. Many of these are captured in Year In Review 2018: What’s New, which launches this week and highlights the alternative approaches, original ideas, scientific discoveries, and technological advances that are helping more people than ever lead healthy, productive lives.

Some of the most significant breakthroughs in 2018 came in the field of vaccine development and delivery, where we again saw progress on immunization. Today, more people in the poorest parts of the world, especially children, are getting protected against infectious diseases, while new innovations are producing vaccines more cheaply and getting them to the communities who need them more effectively.

Just as a snapshot:

To learn more about the successes of 2018 and to look forward to what next year holds, The Optimist caught up with Bill & Melinda Gates Foundation deputy director for Vaccine Delivery, Violaine Mitchell, who has devoted her career to improving the human condition.

Where are we seeing the biggest breakthroughs?

On the research and development front, the area I am most excited about is tuberculosis. Tuberculosis kills more people than any other infectious disease, with around 1.7 million deaths each year, mainly in low and middle-income countries. WHO estimates that there are 10.4 million new cases each year. Treatment is long-term, expensive, and has mixed results, while the emergence of multi-drug resistant TB is a growing concern everywhere.

Until this year, I thought the prospects of a vaccine in my lifetime were dim. And then this year, two different studies were released that give me hope that we may be on the cusp of a breakthrough.

In the first, researchers explored whether revaccination of adolescents with BCG vaccine, a common, cheap vaccine first licensed in 1921(!), would have any impact on mycobacterium tuberculosis infection. It did! This trial showed that BCG revaccination had a 45 percent protection against sustained tuberculosis infection. This is just one trial and must now be repeated in other settings but if they show similar results—the impact will be profound.

The second study showed significant promise that a new TB vaccine candidate can prevent the disease emerging among people already infected with the bacteria that causes it, which is a significant challenge in many countries with a high burden of TB. This trial involved a total of 3,500 adults in South Africa, Kenya and Zambia, and the overall vaccine efficacy was 54 percent. More research and studies are required before this moves beyond proof of principle, but to think that we might be on the cusp of preventing even half the currently estimated 10.4 million new cases of TB annually…well, that would be tremendous.

After many years of extremely low and stagnant immunization coverage, a survey released last month indicated that things are starting to improve. That progress is thanks to significant focus on routine immunization coverage by the federal and state governments, supported by many development partners, including USAID, the Aliko Dangote Foundation and Gates Foundation. I saw the change first-hand on a visit to urban and rural communities in Kano State a few weeks ago.

Unlike my first visit to Kano in 2010 when I couldn’t find a single vaccinated child, I was amazed that this time, it was hard to find a child who had not been vaccinated. (You can tell because the BCG vaccine leaves a scar on the upper arm.) I was also impressed to see births being registered at routine immunization sessions, and health workers providing a bed net to every child that completed their vaccination schedule, which includes measles and Yellow Fever.

What’s your greatest concern right now? And what is the foundation doing to help address it?

I worry about two seemingly disparate but related trends: complacency and hesitancy.

Too many people, including policy makers, medical professionals and sometimes parents with so much on the go, think the job of immunization is done. And we are at a stage today in many countries, where parents perceive the risk of the disease to be less than any side effects from the vaccine. In this sense, vaccines are kind of victims of their own success.

But routine immunization isn’t a measure that can be switched on and off. It is a forever program that has to be constantly used until a disease is reduced to low levels or even eradicated. Think about it. Every year, around 130 million children are born. Every one of them deserves to live free of the debilitating effects of infectious diseases. For that, every one of them needs to be fully immunized, meaning vaccines must be delivered day in, day out, to new and ever-expanding generations.

Into this world of complacency, we are now confronting a rise in anti-vaccine sentiment, fuelled as it turns out, by bots, trolls and other online techniques that purposefully spread misinformation.

Researchers from George Washington University recently published a study of 1.7 million tweets promoting anti-vaccine messages between July 2014, and September 2017. They found that 93 percent of tweets about vaccines were generated by accounts which could not be traced to actual humans or verified bots. These accounts operate with the sole intent to erode public confidence in vaccines and their effectiveness.

This trend particularly worries me because vaccines and immunization have long been considered instruments of peace and hope, even in times of war and civil strife. I recall “Days of Tranquility” in Ethiopia and Eritrea, where soldiers stepped aside and let vaccinators protect children against polio, measles, and other disease. I worry that, today, vaccination has become politicized.

Vaccine hesitancy or anti-vaccine sentiment is not an area we have focused on at the foundation, preferring to believe that good data, evidence and solid science speak for themselves. But increasingly, we need to draw on the lessons and growing literature of brain science and how people process information. I think this is important. Addressing the flood of deliberate misinformation at scale is something the immunization and health community is going to need to tackle effectively.

More generally, we are also increasingly beginning to recognize that understanding demand for vaccines and immunization—and indeed, basic public health—is a lagging dimension. Have we and our partners been too supply side focused? Perhaps. It is clear to us that understanding demand and behavioural science is critical to improve the uptake of basic health services, including routine immunization.

Bringing the lessons and perspectives of human-centered design is a growing area of interest as we seek to support countries and partners reduce the toll of infectious diseases.

What’s the one thing you wish people knew about vaccines?

In public health, we talk a lot about lives saved—or to be more accurate, future deaths averted—from vaccines. And we like to use big numbers when we do.

But what always strikes me—whether I am at home in my rural community in Canada or working in the field in northern Nigeria—is that many people don’t always realise that vaccines don’t just prevent death. They also prevent children and adults from getting devastating and debilitating diseases for which there are no readily available cures.

For example, there is no cure for tetanus, you just treat it like an emergency and wait for the toxin to resolve. But the pain, terror and long-term consequences of infection endure well after an individual survives (if they are lucky enough to have had access to expert emergency care in the first place).

Quite simply, no amount of medicine, or homeopathy, or herbal remedies will cure a child paralyzed by polio, reverse the brain damage or loss of hearing from measles encephalitis, or make up for the damage to the intellectual development of a child recovering from pneumococcal meningitis.

So, what’s the one thing I wish people knew? Vaccines don’t just prevent death, they give people the opportunity to live healthy, productive lives.

What are you most excited about for 2019?

Hmm… there are a few things here.

I’m super excited about the potential of finding safer ways to administer vaccines, such as through patches instead of needles and syringes.

And there’s the example of Nigeria, which is using ancient and traditional leadership structures to improve the awareness of immunization, and link pregnant women and newborns to health facilities.

I love how the development of mobile money means health workers and health facilities in some of the poorest countries can receive direct payments for services.

And I’m excited by technology that can help health workers do their jobs faster, more effectively.

But if I have to pick one bright spot, then it would be the chance we have with Gavi, which is developing its 2021-25 strategy. This is a huge opportunity to double-down on what Gavi does brilliantly, which is closing the gap in access to new vaccines between developed and developing countries.

It’s also our best chance to change the ways we aim to reach the almost 20 million children around the world that can’t get even the most basic vaccines and bring equitable immunization coverage into universal health for all.

Too expensive, too slow, too discriminatory, and other myths about the polio eradication program

In 2017, there was a total of 22 polio cases in the world. To put that in perspective, in 1988, there were 350,000 cases of polio, with approximately 22 people (mostly children) becoming paralyzed every half hour. Today's 99 percent reduction of cases should be cause for celebration. The Optimist's Ryan Bell sat down with Jay Wenger, director of the polio program at the Bill & Melinda Gates Foundation, to fact-check the most persistent myths about the effort to eradicate polio.
Jay Wenger Director, Polio, Bill & Melinda Gates Foundation

How a global public-private collaboration has successfully rolled back a little-known but devastating disease.
Caroline Lambert Visiting fellow, Center for Global Development