Helping farmers adapt to the new normal: A Q&A with Rodger Voorhies

In light of Bill Gates’ new book, How to Avoid a Climate Disaster, we spoke with Rodger Voorhies, president of the foundation’s Global Growth & Opportunity Division, about the foundation’s work to accelerate climate adaptation efforts in the developing countries already being affected by rising temperatures.

Well, there is no question that the world must radically reduce emissions, and I agree with Bill that the goal must be reaching net-zero emissions by mid-century. But unfortunately, and as Bill also discusses in his book, climate change is already having a significant impact on many people’s lives. Places like sub-Saharan Africa, for example, are heating faster than the rest of the world.

Many people in this region depend on smallholder agriculture to support their families. They are typically raising crops and livestock on a family farm that covers just a couple of acres. Over the last few years, they have experienced a surge of climate-related problems like droughts, heat waves, locust swarms, and severe storms. Rainy seasons that used to be very predictable arrive at odd times, or not at all.

These farmers taking the brunt of climate change have done very little to cause it: By comparison, the average American produces about 15 times more greenhouse gases a year than they do. Nonetheless, along with COVID-19 and political conflict, climate impacts are causing hunger and poverty to rise in the region.

We also need to understand that the situation will get worse even if emissions fall dramatically. That’s because there is a lag time between the build-up of carbon in the atmosphere and its effect on the climate, and thus some changes are already “baked in.” By 2030, almost 200 million Africans will be living in areas that are over two degrees Celsius warmer, affecting 57 million hectares of crop and 60 million livestock animals. By 2050, these numbers will have increased four- or fivefold.

So, the fight against climate change must be waged on two fronts: We must eliminate the emissions that are causing the problem, and we must ensure vulnerable communities can adapt to the changes already here. And that will continue for the next several decades regardless of how much we reduce emissions.

What are some of the things African farmers can do to adapt?

African farmers are some of the most resourceful people on the planet. It’s amazing what they can accomplish, even in very difficult conditions. We’re confident that with expanded access to the right kinds of assistance and innovations, they can adapt to these changing climate conditions too.

For example, Africa’s most important crop is maize, and already many farmers are planting new varieties of maize that can produce a good harvest even in drought conditions. Similarly, new varieties of beans can handle both drought and high temperatures, and crops like cassava, sweet potatoes, and millet have always done well in challenging environments, especially if farmers use varieties that can resist pests and disease and tolerate heat.

In most farming households, livestock are the most valuable asset, and they will be affected as well: Climate change is expected to make livestock diseases more frequent and damage grazing land. But new affordable livestock vaccines and approaches to providing veterinary services can help farmers keep their animals healthy. Experts also are helping farmers rediscover a native African grass that thrives even in hot, dry conditions and is especially helpful for feeding dairy cattle.

With more advance warning, farmers can better prepare their farms for extreme weather events and shifts in growing conditions. In Rwanda and elsewhere, new systems are being developed to deliver very detailed climate forecasts to farmers—either via radio or to their mobile phones. In Kenya, a digital mobile phone platform called Digifarm gives farmers rapid access to quality seeds, inputs, and financing so they can respond much more quickly to changes on the ground. In West Africa, an African-led collaboration called WAVE (Central and West African Virus Epidemiology) is focused on improving early warning and emergency response to viral diseases affecting cassavas that are intensifying with warmer temperatures. And in remote northern Kenya, pastoralist herders can now purchase an innovative form of livestock insurance. It uses images produced by NASA satellites that constantly monitor grazing lands for signs of trouble and automatically sends out payments when drought conditions are damaging vegetation and endangering livestock.

So African governments and research institutions are already leading on several solutions that can make a tremendous positive impact for farmers. But there is still a need for investments and partnerships that can scale up these existing interventions and get them in the hands of more people. We also need to help accelerate the innovation pipeline from idea to market so that exciting technologies with the potential to make a difference can quickly become practical, affordable products farmers can use. And it’s always critical to keep solutions flowing by supporting long-term R&D.

How is the foundation specifically involved in supporting these adaptation efforts?

Since the majority of the world’s poor depend on agriculture for income, we have long viewed agriculture as essential to fighting poverty. Agriculture also figures prominently in the foundation’s efforts to promote gender equality, since, in sub-Saharan Africa and South Asia, 40 to 60 percent of farmers and livestock keepers are women. And over the last few years, it’s become increasingly clear that we need to look at our agriculture work through the lens of climate change as well.

So we’ve been directly or indirectly involved in helping to realize many of the innovations I just mentioned. A lot of our contribution comes through our support for a global network of agricultural research centers called CGIAR, which is working on several fronts now to accelerate innovations that can help farmers adapt.

Many of CGIAR’s projects are led by Africans with strong connections to farming communities on the continent. For example, Chiedozie Egesi, a Nigerian plant scientist, is leading CGIAR’s Next Generation Cassava Breeding project. His team is producing new varieties of cassava that can resist the crop diseases now spreading more rapidly across Africa. They also have developed cassava that is naturally endowed with high levels of vitamin A. We’ve also contributed to the Pan-African Bean Research Alliance (PABRA), a multi-stakeholder network that includes CGIAR. Through PABRA, bean experts like Clare Mukankusi help farmers grow beans that are high in iron and can handle climate stresses like heat and drought. And we’re also supporting a number of livestock experts working on climate adaptation issues.

Another area we invest in is agronomic interventions that can improve soil health and retain water more efficiently, thereby increasing crop yields and resilience to climate threats. For example, we have supported the African Soil Information Service, which aims to support governments who want to enhance their knowledge about soil properties in Africa so farmers can get the most out of their acreage. We are also supporting CGIAR’s new Excellence in Agronomy 2030 platform, which is working to harness new digital and sensing technologies, big data, and agronomic research to develop more scalable adaptation tools for farmers.

To further focus all of these adaptation efforts, we also launched Bill & Melinda Gates Agricultural Innovations—also known as Gates Ag One. Although still in the early stages of development, this 501(c)(3) nonprofit will aim to accelerate the development of crop innovations identified by the foundation that can help farmers adapt to climate change and make food production more resilient and sustainable.

How is the foundation working to promote gender equality in its climate adaptation work?

Since almost two-thirds of women in the world’s least developed countries are employed in farming, the accelerated climate changes are already having a disproportionate impact on women in these regions. Yet, even as farming gets increasingly risky given myriad climate threats, women’s access to key resources and services such as agricultural extension and credit is usually more limited than men’s, further compounding the dilemma women farmers face.

As such, we have invested with other partners in the Women’s Empowerment in Agriculture Index, which has transformed how we measure the gender disparities facing women in this sector. With this solid base of data, we are supporting women’s producer collectives and strengthening women’s ability to earn an income from agriculture. We are also supporting the development of CGIAR’s new GENDER (Generating Evidence and New Directions for Equitable Results) platform, which will intensify research efforts on mitigating gender disparities, and we expect to continue supporting more such investments in this critical arena going forward.

Along with helping farmers adapt to rising temperatures, Mark’s climate adaptation piece also talks about the need to strengthen water resource management, shore up social safety nets, and conserve natural resources. How is the foundation involved in these respective efforts?

Helping smallholder farmers and other vulnerable populations adapt to accelerating impacts of climate change is our primary focus. That said, our Water, Sanitation & Hygiene team has also made significant investments in potential innovations that could mitigate water use in the future, like reinvented water-free toilets. They also encourage water and sanitation planning that takes changing climate dynamics, like increasing sea levels and more extreme weather events, into account.

In addition, our Financial Services for the Poor team works to help more people gain access to basic financial instruments like savings, credit, and insurance. But most of our climate efforts are focused on supporting research and tools to help the farmers in low-income countries already dealing with climate change. This is our where our expertise lies and where, as a philanthropic organization, we believe we can have the most catalytic impact. Of course, we strongly encourage all these other necessary adaptation efforts, just as we strongly encourage efforts to reduce the greenhouse gas emissions driving this crisis.

Climate change can seem like an intractable problem, especially given that its impacts are already being felt. How do you sustain your optimism that we can solve it?

It’s true that the climate challenge can seem overwhelming, and that it will take a massive and concerted global effort, like none we have ever seen before, to meaningfully respond to it. But it’s also true that we are living in an era of incredible promise. The same kind of unprecedented commitment to science and innovation that delivered COVID-19 vaccines in record time can produce new solutions to help farmers adapt to climate change. Our estimates suggest that if we focus on climate adaptation now, we can prevent millions of people from falling into poverty in the next 10 years.

Global efforts to meaningfully respond to climate impacts in the next 10 years will be won or lost in Africa. By supporting climate adaptation for smallholder farmers, we can also address many of the other challenges we face, such as eliminating hunger, poverty, and disease and empowering women and girls. The key to moving the needle in all these efforts is agriculture—the sector where many Africans work. When farmers succeed, their good fortunes ripple across the economy. So if we can help African farmers adapt to climate change now, we can make a substantial positive difference in all kinds of ways. 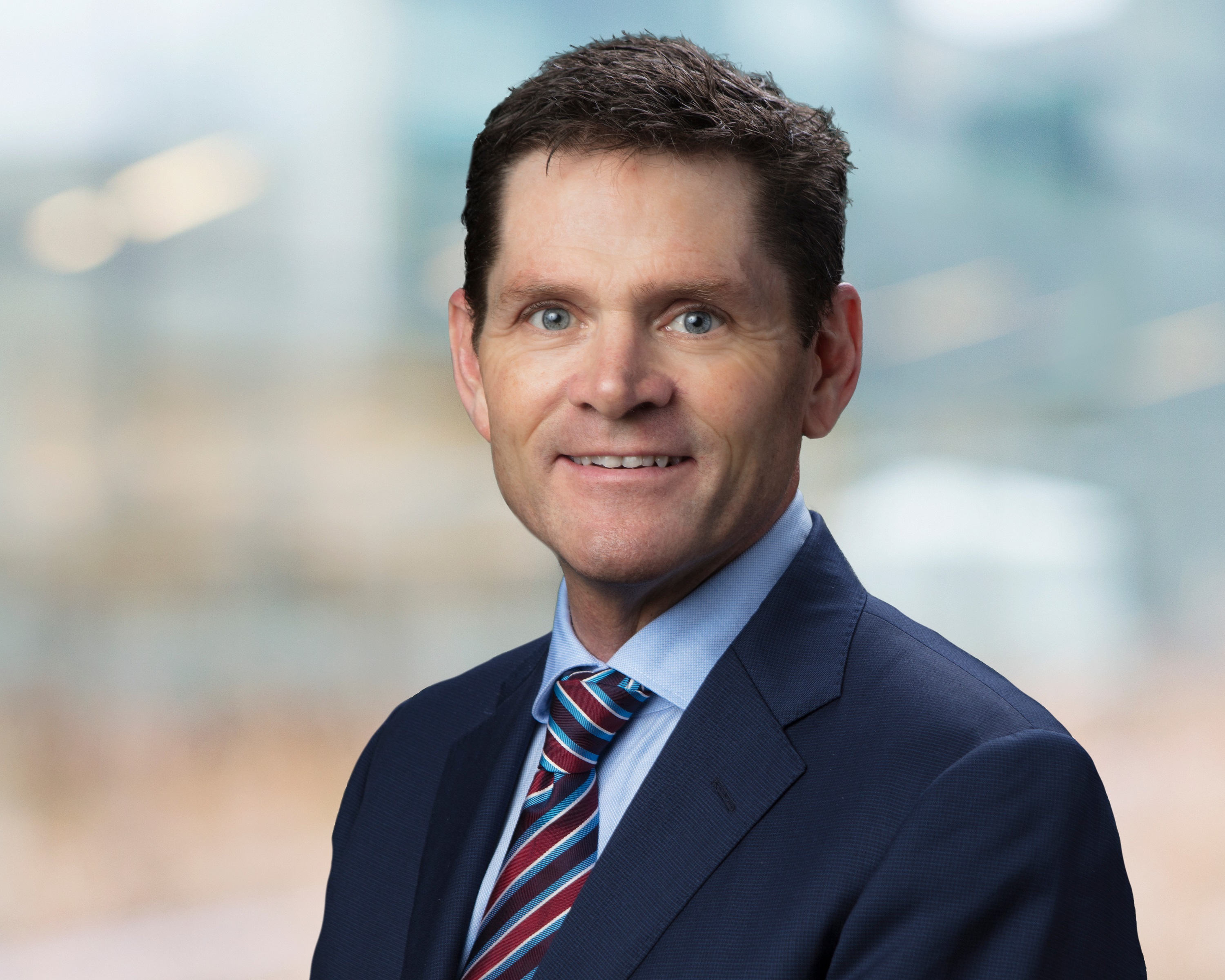 The time to adapt to climate change is now

One year on: Q+A reflections from CEO Mark Suzman

As Mark Suzman marks one year as CEO, he answers questions from readers of The Optimist about global health in the era of COVID-19 and how the pandemic has affected the foundation’s work over the last year.
By Mark Suzman CEO, Board Member, Bill & Melinda Gates Foundation

Global action is needed to create, fund, and promote equitable access to COVID-19 vaccines, especially as new variants of the virus emerge.
By Mark Suzman CEO, Board Member, Bill & Melinda Gates Foundation
Sign up for The Optimist newsletter
Subscribe to The Optimist to get weekly updates on the latest in global health, gender equality, education, and more.