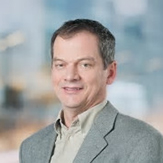 One of the proudest moments of my life was June 30, 1999. I had been working as the Country Director for Helen Keller International (HKI) in Niger at a time when the country had the world’s highest rate of child deaths.

Niger embraced vitamin A supplementation as a key intervention to improve child survival by adding it to National Immunization Days (NIDs), which were originally created for the eradication of polio. But Niger and other countries faced a make-or-break challenge: vitamin A requires two doses per year to be effective, yet NIDs only provided one opportunity per year.

In response, the Ministry of Health and HKI worked hand-in-hand with UNICEF, Nutrition International, USAID and others to establish National Micronutrient Days. This new delivery platform was launched by the Head of State on the banks of the Niger river and ultimately helped deliver that second dose of vitamin A to more than 80 percent of children under 5 across the country.

The experience catalyzed a wave of “Child Health Weeks” across Africa and by 2009, 80% of under-five children across Western, Central, Eastern, and Southern Africa were being reached with vitamin A.

The pay-offs for Niger were significant.

Child Health Days became an important strategy for delivering a whole range of high-impact interventions including immunizations, deworming and screening and referral for acute malnutrition.

Vitamin A is personal for me.

It was the evidence that converted me. Vitamin A reduces the risk of death among young children by 24% in populations at risk of deficiency. And leading economists and health experts from the World Bank and the Copenhagen Consensus have named it one of the most cost-effective, high-priority public health interventions in the world and it is featured by GiveWell.

For all these reasons and more, the latest data from UNICEF keep me up at night.

After nearly two decades of rising coverage, our progress is unravelling.

Vitamin A distribution is now at a seven-year low.

The number of children left unprotected in countries with the highest child mortality rates more than tripled between 2015 and 2016, jumping from 19 million to 62 million children.

In these countries, coverage dropped by more than half — and the biggest drops are in the regions with the greatest need, including, Western, Central, Eastern and Southern Africa.

Reflecting on these numbers, I am jolted back to Niger. During a return trip twelve years after the launch of National Micronutrient Days, I met a young boy named Alou Muhammed in Dogon Doutchi. Alou was severely emaciated and had almost lost his left eye from keratomalacia — the most visible outcome of vitamin A deficiency.

Alou and his mother had traveled across the border from Nigeria for treatment. The nurse at the health center told me that this was the first sign of clinical vitamin A deficiency that she had seen in years because of the country’s success in supplementation.

The moment was a painful reminder of both the horror of vitamin A deficiency and the impact of Niger’s vitamin A program in controlling it.

How could we have allowed this backsliding to happen?

The answer: complacency. But there is a way forward:

While we build the long-term solutions, there is urgent need to reach the 140 million children currently left unprotected.

This piece is cross-posted on Medium. Shawn Baker also recently talked about this topic on a podcast for the Center for Strategic and International Studies (CSIS).