How do you decide what to invest in? 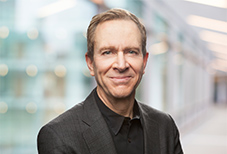 This is the number-one question I get from our partners in government, academia, and the private sector.

I'll start by repeating two key principles of the Gates Foundation, because they guide our decision-making at every step.

The first is that we believe all lives have equal value, and everyone deserves the opportunity to lead a healthy and productive life.

The second is less elegant, but critically important: We know that the foundation's resources—while considerable—account for just a small portion of worldwide funding for health. As such, we concentrate our investments where:

This means that we invest in creating new tools and strategies that can close gaps in health equity between people living in wealthy countries and people living in low- and middle-income countries. It also means that we focus on developing solutions to the leading causes of death and disability among the 800 million people worldwide who live in extreme poverty. These tend to be infectious diseases like malaria, tuberculosis, neglected tropical diseases, and severe forms of pneumonia and diarrhea that have very low incidence in wealthy countries.

We also invest in creating high-impact health products that haven't been developed due to market failures. Given the strong correlation between extreme poverty and vulnerability to infectious disease, governments and philanthropies have a vital role to play in financing and de-risking the creation of health products for communities living at the base of the economic pyramid. The Global Health Division works with the foundation's Global Policy and Advocacy Division to forge partnerships between governments, philanthropies, product development partners, and the private sector to fund the end-to-end development and delivery of effective diagnostics, drugs, and vaccines.

As anyone who works on R&D for global health knows, it can take a decade or more to translate promising lab discoveries into products that are safe, effective, approved, and available to those who need them. So, we rely on high-quality modeling—derived from the best-available global data—to help us predict which investments could have the greatest future impact.

Given the large number of variables involved, these projections naturally generate greater uncertainties—and larger error bars—as we look farther into the future. And given the complexity of these variables, we use visualizations to organize our thinking and help us prioritize our investments. (See Figure 1.)

We integrate our analysis of the first two variables into what we call a "bubble chart." The bubbles represent the total number of DALYs that could be averted through the introduction of a new health product, and the size of each bubble represents the total projected impact—the bigger the bubble, the greater the impact.

The vertical axis represents the estimated dollar cost per DALY averted to produce and deliver a new health product. It uses a logarithmic scale (i.e., each bar represents an increase or decrease by a factor of 10). The low end of the scale represents costs that might be affordable in some wealthy countries—e.g., $10,000 per year of productive, disease-free life restored—but are cost prohibitive for individuals and health systems in low- and middle-income countries. By contrast, the high end of the scale represents interventions that could deliver cost savings over time by preventing future payments, such as expensive drug treatments and hospitalizations.

The horizontal axis represents the probability that we could successfully create a high-impact health product—whether it be a completely novel short-course cure for tuberculosis or a high-impact method to block the transmission of malaria parasites between mosquitoes and people. This is a subjective calculation because we know from experience that about 90 percent of promising product candidates fail to advance from early phase clinical trials to approved products ready for use. We regularly adjust our projections along this axis based on frequent analysis of early phase research data.

The value of the "bubble chart" is that is allows us to focus our attention and resources on which products are likely to:

Planning for the Future

Beyond the bubble chart, we make projections about the likely future state of specific diseases. You may have seen some of these projections in the most recent Goalkeepers report. Below are potential scenarios for HIV, TB, and malaria between now and 2030 and brief descriptions of how these projections are guiding our investment strategies for disease.

Scenarios for HIV suggest that the epidemic is at a turning point: The nations of southern and eastern Africa, where HIV is highly prevalent, can either continue to make significant progress in reducing HIV incidence, or the number of infections can rise as Africa's population doubles over the next few decades. On the positive side, this means that sub-Saharan Africa could "cash in" on its demographic dividend—a wealth of young people who can help power the global economy as the rest of the world ages. But there is also a worrisome challenge: With so many young people in Africa entering their reproductive years, millions are at risk of acquiring HIV unless we can scale up the introduction of effective, low-cost HIV prevention methods that people—especially young women and girls—will like and want to use. This is why the foundation is investing in the development of long-acting methods of HIV prevention. We believe that these new tools and technologies can help keep countries in sub-Saharan Africa on the path to controlling their HIV epidemics over the next decade.

The tuberculosis scenario shows a much more predictable path—a steady, but frustratingly slow decrease in global TB incidence for the foreseeable future. This chart underscores the tremendous need for new tools against TB, which has emerged as the world's single deadliest infectious disease. Without the development of new diagnostics, treatments, or vaccines for TB, we are unlikely to "bend the curve" of its impact on people living in extreme poverty. This is why the foundation is doubling down on early phase R&D that could deliver breakthroughs in identifying and preventing TB among those most vulnerable to the disease.

The malaria scenario suggests that we stand at a decision point for one of humanity's oldest and deadliest foes. We have made huge progress against malaria over the past decade, cutting deaths by 60 percent. But this progress is beginning to stall. The parasites that cause malaria and the mosquitoes that transmit them are constantly evolving new strategies to defeat the tools we deploy against them.

The foundation is working hard with partners to strengthen the impact and durability of existing tools by scaling the use of state-of-the-art surveillance systems, data analysis, and mathematical modeling to identify ideal combinations of prevention, detection, and treatment tools for specific environments. Doing so can help donors and affected countries stretch the life-saving impact of currently available tools while creating pathways to malaria elimination over time.

We are also investing in the development of next-generation transmission-blocking technologies. If we can successfully interrupt the cyclical transmission of parasites between mosquitoes and people, we can set the stage for the rapid elimination of malaria. Accordingly, the foundation is focusing on the development of transmission-blocking vaccines, innovative mosquito-control methods such as gene drive, and highly effective treatments that could eliminate malaria parasites from the body with just one or two doses.

There are many variables that guide the foundation's thinking as we decide where to invest our funding for global health R&D. That's largely because we recognize that we don't live in a steady-state world, and we need to anticipate change. But it's also because we feel an obligation to maximize the impact of every dollar entrusted to us, and we seek to do so by letting the best-available evidence guide our decision-making.