Has the fight against polio been worth it? 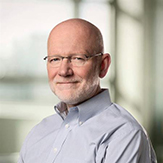 In all of history, we have eradicated just one human infectious disease — smallpox in 1978. Forty years later, we’re incredibly close to doing it again with polio. In 2017, there were only 22 cases of wild poliovirus worldwide reported from just a few areas of Pakistan and Afghanistan. Thirty years ago, the polio virus circulated in 125 countries, paralyzing nearly 1,000 children every day. In fact, 16 million people are walking the earth today who — without the effort to end polio — would have been paralyzed by the disease. The progress we’ve made is astonishing.

A decade ago, the Gates Foundation joined the Global Polio Eradication Initiative (GPEI) with its spearheading partners — Rotary International, UNICEF, the U.S. Centers for Disease Control and Prevention and the World Health Organization — because we were convinced that polio eradication was a worthwhile and achievable goal. Our view hasn’t changed. Today, we’re almost at the finish line. International collaboration, government leadership, financial commitment, and the dedication of individual health workers and groups like Rotary have gotten us to this threshold of ending polio for good. And the world will be a better and more equitable place when all children, everywhere, are free of the risk of death and paralysis caused by the polio virus.

The final push for the interruption of polio transmission in the remaining endemic countries has included an intensification of immunization campaigns and surveillance, which has taxed limited domestic finances and human resources. At the same time, it has helped develop assets that serve other disease control efforts. As we approach the finish line for polio eradication, a concerted transition effort has begun to secure the assets built by GPEI so that they protect the gains of polio eradication and serve other global health priorities in the future.

Overcoming fear and stigma in the age of HIV/AIDS

Even three decades later, Dr. Lorna Tumwebaze still remembers the fear she felt after encountering her first patient living with HIV at a hospital in her native Uganda. She had just performed a Cesarean section under poor infection control measures when the medical staff learned the mother had recently been diagnosed with the virus.
Ryan Bell Feature Writer, Bill & Melinda Gates Foundation

Too expensive, too slow, too discriminatory, and other myths about the polio eradication program

In 2017, there was a total of 22 polio cases in the world. To put that in perspective, in 1988, there were 350,000 cases of polio, with approximately 22 people (mostly children) becoming paralyzed every half hour. Today's 99 percent reduction of cases should be cause for celebration. The Optimist's Ryan Bell sat down with Jay Wenger, director of the polio program at the Bill & Melinda Gates Foundation, to fact-check the most persistent myths about the effort to eradicate polio.
Jay Wenger Director, Polio, Bill & Melinda Gates Foundation