In November, Anita Zaidi began her tenure as the foundation’s first president of the newly created Gender Equality Division. She comes to the role with extensive experience as a physician, researcher, and innovator, and with a track record of leading programs that have truly changed women’s lives. She grew up in Pakistan and attended the Aga Khan University’s medical school before pursuing further studies at Duke University, Boston Children’s Hospital, Harvard Medical School, and the Harvard School of Public Health. Returning to Pakistan as a clinician and researcher, she focused on improving women’s and children’s health in poverty-stricken communities around Karachi. She says those life experiences will continue to inform her work in gender equality. At the foundation, she previously served as the director of the Vaccine Development and Surveillance program and the Enteric and Diarrheal Diseases program. Throughout her career, she has been passionate about mentoring younger colleagues, and she helped create the WomenLift Health program to promote diversity in global health leadership.

What exactly does it mean that the foundation has created a Gender Equality Division?

Gender equality is core to our mission as a foundation, which is why Mark Suzman decided to elevate it to the division level shortly after he became CEO. I’ll be reporting directly to Mark, with a seat at the executive leadership table and regular connections with Bill and Melinda. We all agree gender inequality is one of the most important issues for the world to address. At the foundation, one of our goals is to bring more visibility to barriers holding back women all over the world.

What’s unique about this division is how much we’re going to be integrating with other divisions to ensure we consider the needs and interests of different genders in everything we do.

What does it look like to integrate gender equality into all of the foundation’s work?

It means looking at everything we do through a gender lens. Here’s an example from global health, where I’ve spent much of my career: Women are invariably the ones who bring their children to the clinic for immunizations, and yet the design of programs isn’t centered on women’s needs. Women have to make one trip to the clinic for immunizations, another for family planning, a third for postnatal care, and so on. A community can have the best health services out there, but if we’re expecting women to line up for hours and take half a day away from their market stall or household work, then are we truly helping women overcome barriers? These are the kinds of questions that we’re asking ourselves. As soon as you put a gender lens on something, you see where the disproportionate impacts are.

What drew you to the role?

Gender inequality holds back women and girls—that’s half the world’s population, and it’s indisputably unjust. It’s also the biggest barrier to progress in global health and development. I’ve seen this throughout my career, as a physician, as a researcher, and here at the foundation. The root cause of a lot of disease is poverty-related, and poverty is sexist. Without addressing gender inequality, progress on both health and development will be stunted.

What are some of the biggest challenges?

Pretty much everybody would agree that addressing poverty is important, but I don’t know if everybody feels the same way about addressing gender inequality. In some places, the culture intentionally limits opportunities for women. I saw this very clearly in Pakistan. South Asia is among the hardest places to be born a girl. I’ve seen how race and caste play into this, too. So how does the global community address issues that are rooted in society and culture?

In your own experience, what does gender inequality look like?

I’ve seen gender inequality play out in all realms: economics, employment, leadership, etc. I’ll share one example from my background in health. Before coming to the foundation, I spent many years working in a community outside of Karachi called Rehri Goth, where one in every 10 children died before age 5. This was directly connected to the lack of care for women during pregnancy and delivery. If you don’t have access to skilled birth attendants, either because they don’t exist in your community or you’re prevented by your spouse or family from delivering in the hospital, the neonatal mortality rate is much higher. That’s discrimination of the most severe kind.

So often, women’s rights and needs come last. In this same community, about 60 percent of pregnant women were anemic because their nutritional needs weren’t being met. Anemia, a lack of iron, has huge health consequences, including obstetric hemorrhage and diminished mental and physical capacity. Women’s nutritional needs are different from men’s, but those differences haven’t been reflected in health or development programs. By addressing some of the barriers to the Rehri Goth women’s health and health care, maternal and child mortality dropped.

The foundation’s Nutrition team has been looking at these issues, and in my new role, I’m looking for opportunities where more teams across the foundation can apply a gender lens to their work. As I learn more about gender inequities from colleagues and partners, these are some of the things I’m thinking about.

What about economic issues?

Economic empowerment will be a major focus of the division. Women still do an astounding amount of unpaid work. In the paid workforce, the work women do also is devalued and undervalued. Women are often prevented from choosing how to spend their money. Women face barriers in accessing financial services. Our Financial Services for the Poor team has really been looking at its portfolio and asking, how might we adjust to meet the reality of women’s lives? Unless we bring a gender intentionality to all of this, those gaps won’t close.

Economic empowerment is clearly about reducing poverty, and that’s good for families and for the global economy. But there’s another benefit: When women gain agency, it indirectly challenges some of the unwritten rules that say women are less than men. I’ve seen so much talent that’s underutilized and underharnessed. There’s a phrase we use here that I love: Equal is greater. I really believe in it.

How does the pandemic play into this vision?

The pandemic has shown how our world is built on the backs of women and women’s unpaid labor. Women’s jobs have been 1.8 times more likely to be cut than men’s. With all of the lockdowns and kids at home, the burden of care is falling on women, who have dropped out of the paid workforce at higher rates than men. In the U.S., for example, four times as many women as men left their jobs just as their children’s school resumed in September. The gender wage gap undoubtedly played a role in many of those choices. Before the pandemic, women faced significant barriers to economic participation but were slowly gaining ground. Now, there’s a possibility that previous advances will be lost.

Women’s health care is also losing ground. In the pandemic, maternal, newborn, and child services were the first to be cut. A lot of midwives, for example, were deployed to COVID-19. In some places, lockdowns prohibited even pregnant women from leaving home, so unattended births increased. Maternal and neonatal deaths are expected to rise.

How does the world come together in the post-pandemic recovery to make sure we do better for women, not worse? We need better sex-disaggregated data to understand the impact and develop effective solutions. We also need to make sure women are at the table to help shape the recovery response.

How will you measure success?

The global community has established Sustainable Development Goals, and our North Star is goal #5: Achieving gender equality and empowering all women and girls. It gets to our core vision—that everyone deserves an equal chance to live a healthy and productive life. We’re in the process of honing our strategy in this new division and understanding how ambitious we can be in our goals while building on existing focus areas. Our partners around the world, who have worked in this area for a long time, have important insights. I’m continuing to learn from them and excited to play a role in accelerating progress for women and girls. Six months from now, I hope to lay out very clearly what we’ll take on. My focus now is on listening and learning. 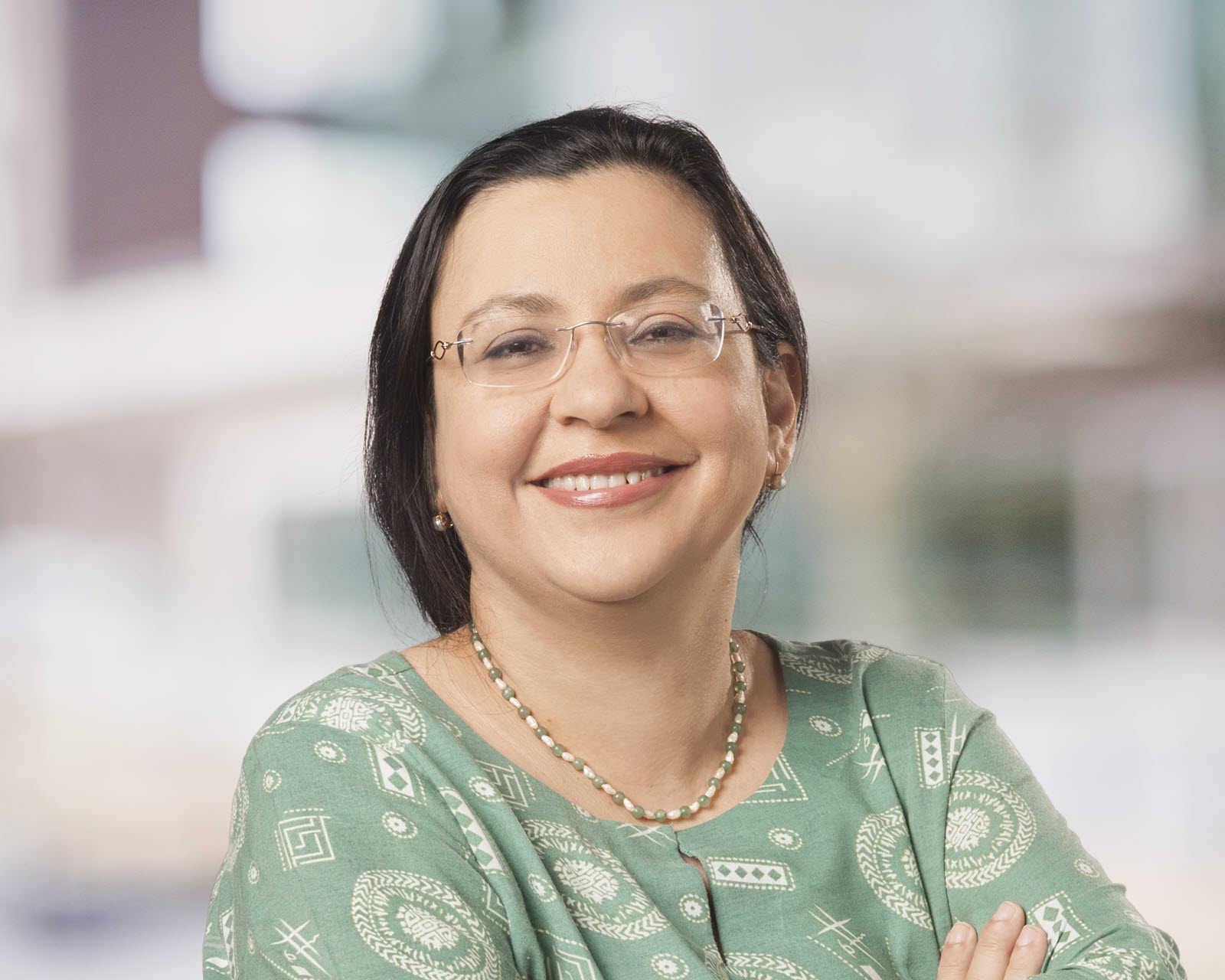 The next phase in the fight against the pandemic is beginning: Will the science developed in 2020 benefit everyone in 2021?
By Mark Suzman CEO, Board Member, Bill & Melinda Gates Foundation
Sign up for The Optimist newsletter
Subscribe to The Optimist to get weekly updates on the latest in global health, gender equality, education, and more.