We talked with Nomi Fuchs-Montgomery, deputy director for evidence and innovation on our Family Planning Strategy, about why it’s critical to engage adolescents in efforts to expand family planning access.

How does the foundation think about its family planning strategy when it comes to young people?

We know that the largest generation of young people in history are currently experiencing their reproductive years—1.2 billion people. If given every opportunity to succeed, their energy and ingenuity will drive change in their communities and will play a key role in building a healthy and prosperous future.

For every young person around the world, adolescence is a formative period in their life that is powerfully shaped by their health, education and social surroundings in which they grow up. As we have all experienced ourselves, adolescents have many ambitions: this could include completing their education, pursuing careers, and making their mark on the world by contributing to their communities and societies.

We need to get much better at listening to young people about their goals and aspirations. We need to talk with adolescents about how better health, including voluntary use of family planning, can help them reach their full potential.

To do that, we need to invest in health solutions that work, not what we think might work for them. Sadly, we miss too many opportunities to listen and engage young people, and as a result millions of young girls are hurt, as complications related to pregnancy and childbirth are a leading cause of death among adolescent girls ages 15-19 in low- and middle-income countries. In fact, risk of death per birth for these adolescent girls is nearly 30 percent higher than women ages 20-24. We need to make sure we are doing everything we can for these young people.

We are building on years of our partners’ learning and successful programming. We are also embracing opportunities to push boundaries by putting the user at the center of what we do. We are learning, failing and iterating to test solutions to address the many system and use barriers that make it hard for adolescents to access contraception. Those learnings have led us to invest in approaches designed to meet the unique needs of adolescents and youth, such as:

The WHO has approved the use of long-acting contraceptive methods for adolescents, which are among the most effective contraceptive methods. Building on this, we need to ensure that adolescents and youth have access to the full range of family planning methods of their choice—including implants, injectables, IUDs and emergency contraception—and that providers are trained on how to counsel and administer all methods effectively.

What role can young people play when it comes to family planning advocacy and policy? Where has this worked well?

This is a key principle as part of our investments for youth family planning programs. Young people have a critical role to play in every aspect of our work, from gathering insights of their peers, to designing, implementing, and evaluating programs, to engaging in advocacy with local decision-makers.

In 2016, we developed a program in partnership with the Children’s Investment Fund Foundation (CIFF) called Adolescents 360, that aims to redefine the way health programs are designed to meet the needs of adolescents, by involving young people in every step of the process. One of the things we learned early on is that many adolescents and youth feared that contraception would destroy their ability to have a healthy pregnancy and conflict with their dreams of motherhood.

It became apparent that our work wasn’t only about combatting access to contraception. By listening and engaging users in the design, we learned how critical it is to start from a space of empathy and listening to the dreams and aspirations of young people.

When we listened to these young people, we understood we needed to position contraception as a tool in service of their dreams. We had to shift the paradigm away from simply meeting an unmet need for contraceptives, to grounding our approach in listening first, and then—based on young people’s own ideas—developing and testing solutions to help them understand why delaying or preventing pregnancy can help them reach their goals.

Since mid-2017 through September 2018, A360’s four programs across three countries have reached 131,891 girls—and served 73,806 (56%) with a modern contraceptive method. One in two girls who engages with A360 voluntarily takes up a long-acting method, as an indication of how the program is truly expanding method choice.

I was in awe of the number of adolescents I met in project countries through Adolescent 360’s Kuwa Mjnaja (“Be Smart” in Swahili) approach that blends opt-out contraceptive and life-coaching services for urban and peri-urban girls. The adolescents attending pop-up outreach events and accessing public and private health clinics were excited to engage in conversations about supporting their aspirations and dreams.

If a country wanted to improve its access to family planning, especially for young people, what interventions should the country prioritize?

Currently, we need to do better as a global community to routinely collect data that can be disaggregated by age and sex.

When we can’t break down data into age-cohorts, we can’t design programs that meet the complex health and development needs of young people. Adolescents are as diverse as they are complex, which is why more research and evidence is needed to understand their needs and how best to meet them. Unmarried girls have different needs to young married girls who feel pressured to have children. Similarly, young, first-time mothers who want to delay their second birth also have their own unique needs. Needs of an adolescent mother in rural community, may be very different than a sexually active unmarried adolescent living in an urban area. In many cases adolescent births take place within the context of marriage, yet married girls are often unaware of or unable to access health and family planning services. We need better data and evidence in these and other areas to understand the breadth of social and cultural barriers girls face to get the information and services they want.

When we have tested solutions, we need to work in partnership with governments to scale these approaches. Too often, adults to whom young people may turn to for guidance—parents, teachers, and providers—are often uncomfortable discussing the topics of sex and contraception, or they may be strongly biased against giving them information.

If a young girl—married or unmarried—musters the courage to show up at a health center looking for family planning information and services, she should be greeted by an unbiased provider who is able to counsel and offer her access to a wide range of contraceptive methods. These services should be voluntary, high-quality and confidential.

This should be the quality standard we all strive to reach. I am lucky that when I started using contraception, I was able to access services from a friendly provider. As a mom of two boys, I opted to delay childbirth until I finished my education and started my career. This choice is one that everyone should have—no matter where in the world you live.

We need to get better at engaging and listening to young people so that we invest in what they tell us they need, not what we think might work for them.

What concerns you about the next year when it comes to progress in family planning? What gives you hope?

The family planning community is approaching a major milestone at the end of next year.

In 2012, the global community committed to an ambitious goal: by 2020, 120 million additional women and girls would have access to and use contraceptives. This week, Family Planning 2020 released its 2018 annual report on progress toward that commitment.

Today, more than 317 million women and girls are using contraceptives across 69 of the world’s poorest countries. That’s 46 million more women than in 2012, and a 30 percent increase over the historic trendline.

But the data show we are not on track to reach the 120 million women we made a promise to. Our job is far from done, because meeting the FP2020 goal is still a critical milestone if we hope to achieve the 2030 goal of universal access to contraceptives. 2030 is just twelve years from now.

Think about a young 12 or 13 year-old girl. Who will she be in 2030? Which of her current hopes and dreams will be realized? We have an incredible opportunity to support her aspirations—but we need to start now. Young people are our future. Their ingenuity will drive solutions we can’t even imagine.

However, we know if we don’t build the right supports to protect their health and well-being, this largest youth cohort in history, will face enumerable challenges. A focus on young people, and young women in particular, pays dividends—dividends for herself, for her future children, and for her community. The cost of not taking action is too great to ignore.

Incremental progress overtime adds up to big results, but if we hope to keep our promise to women, we need to think different. We need to be bolder. We need to take risks and put young people at the center of our approach. 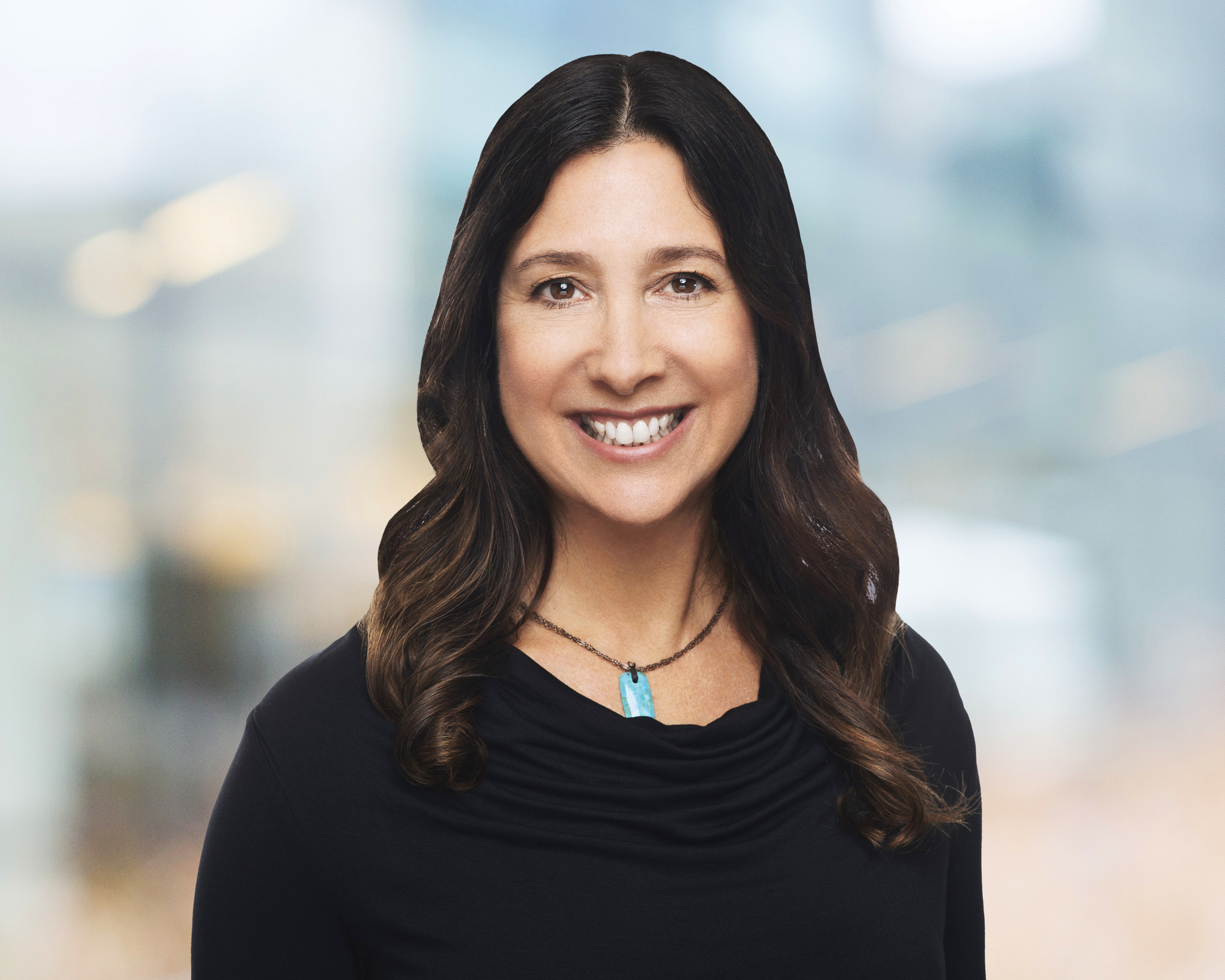 This is the power of data and evidence. By shining a light on hidden, ignored or underestimated issues, they provide fuel to advocate for change, take informed action and measure the impact of these actions. This is the kind of power needed to end gender inequality by 2030.
Caroline Lambert Visiting fellow, Center for Global Development
Sign up for The Optimist newsletter
Subscribe to The Optimist to get weekly updates on the latest in global health, gender equality, education, and more.