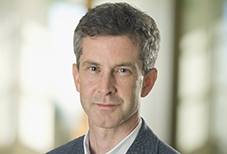 When I joined the Gates Foundation’s polio team in 2008, 20 years after Rotary International and the World Health Organization (WHO) set the goal of eradication, the disease was still circulating in four countries. Then India was declared polio free in 2014. Then Nigeria in 2020. I’ve been fortunate enough to have a front-row seat to the success of the polio program in both those countries, first with UNICEF in India and then with the foundation in Nigeria. Now, because of the commitment we’re seeing in Pakistan and Afghanistan, the polio map continues to inch closer to zero countries.

Thousands of health workers around the world hunt for polio in two ways: By looking for signs of acute flaccid paralysis in children and testing the environment for the presence of the virus. In Pakistan, for the first time ever, both sets of data look promising: There hasn’t been a single child paralyzed by wild poliovirus in more than a year or any virus detected in the environment in more than two months.

This morning, I accompanied Bill Gates to Pakistan’s National Emergency Operations Center in Islamabad because he wanted to see the progress for himself. We got to listen in as the team leading Pakistan’s program pored over a huge trove of data and debated what it was telling them about how to reach more children in the next house-to-house vaccination campaign, which starts a week from now. One system they showed us identified children not reached by vaccinators during last month’s campaign. Another displayed GPS maps that follow the movements of selected immunization teams at a resolution of 20 square meters.

Just as encouraging to me as the rigor and sophistication of the data Pakistan’s leaders are using is their resolve. Being in Pakistan now feels like being in India and Nigeria right before they achieved ultimate success.

Government leadership is one of the common denominators. I think often of the drive and dedication of a senior official in India’s federal Ministry of Health who clocked countless hours on the ground in Uttar Pradesh, a state where circulation of the virus was intense. That leader’s focus on solving problems and getting results set the tone for everyone else. When I started to see meetings led by district magistrates running late into the night—with health managers and representatives of WHO, UNICEF, and other polio partners arguing vigorously about strategies to reach missing children—I knew India was on the right track. I see that same political commitment in Pakistan. Dr. Shahzad Baig, the national coordinator of Pakistan’s program, used to work for the program in Nigeria. “It was an indescribable feeling to be in Nigeria when the country was declared wild polio free,” he said. “I remember how deeply I wished then that one day my own country would also eliminate the virus.” He has called eradication “my life’s most important assignment.” Our other guide on the visit today was Dr. Faisal Sultan, who reports directly to Prime Minister Imran Khan as his special assistant on health.

Yet, despite my optimism, I have learned over the years not to underestimate the resilience of this virus. I vividly remember a somber phone call with the global polio partners in August 2016. At that point, Nigeria had gone nearly two years without finding a child paralyzed by polio. Most people thought the fight was over. Not true. On that call, we learned that two children had just been confirmed as paralyzed by polio in an area of Borno State in northeast Nigeria controlled by Boko Haram.

We were all disappointed because we knew more years of hard work lay ahead. (In fact, it took another four years of heroic work by health workers, the polio program partners, and Nigeria’s leaders to get vaccine to all children in that corner of the world and wipe out polio there.) But more than that, I was torn up about what had happened to those two children. Polio may not have taken their lives, but it stole their dreams. It made everything about their futures harder—and it was preventable.

Just this week, it was also confirmed that polio has paralyzed a child in Malawi for the first time in decades, with the virus linked to a strain from Pakistan. This news underscores the urgency with which we need to finish the job in Afghanistan and Pakistan and stop any further spread. We need to be even more resilient than ever.

Modeling suggests that the virus could potentially die out entirely in Pakistan in about 18 months, but that timeline depends on Pakistan continuing to run a near-perfect program in the face of massive risks. Although there are no regions of the country that the government doesn’t control, unlike in Nigeria, violence is still a serious threat. Pakistan has responded by making security a priority. Now, in some parts of Khyber Pakhtunkhwa, the only province where the virus is still circulating, police officers keeping vaccinators safe actually outnumber vaccinators. In a few places, teams are allowed in only after bomb squads do a sweep.

In these same areas, for a variety of reasons, some families refuse the vaccine. Many are frustrated with the lack of other government services and boycott the polio program. Whole communities sometimes join in. And in some cases, polio workers have come under a lot of pressure to mark a child’s left little finger with an indelible ink pen to indicate that they are vaccinated when in fact they’re not.

To respond to this challenge, UNICEF has built a network of more than 5,000 social mobilizers who engage with families in Khyber Pakhtunkhwa and other potential hot spots, especially megacities like Karachi, Lahore, Rawalpindi, Peshawar, and Quetta. Their job is to make sure that when vaccinators come to the doorstep, families are ready to let them in, and they do it by getting to know the people in the communities and understanding what they care about and whom they trust. In India, UNICEF employed a “gully-to-gully strategy” based on the idea that the messages or messengers that might inspire a family on one street might not meet the needs of a family on the next street. The work with communities in Pakistan follows the same principle but reflects another decade’s worth of sophistication.

Finally, unlike what happened in India or Nigeria, Pakistan’s success is ultimately linked to what happens in a neighboring country, Afghanistan. Although they are separate countries, they make up one epidemiological bloc. If polio isn’t eliminated in Afghanistan, too, it will be reimported into Pakistan, especially as migrant groups cross back and forth. Fortunately, the polio program in Afghanistan recently safely resumed its campaigns, despite the humanitarian crisis it is also dealing with. (In fact, wherever they can, polio workers are also trying to make sure that other essential medicines and vaccines, including COVID-19 vaccines, get to the people who need them.) Meanwhile, Pakistan has redoubled its vaccination efforts at border crossings and refugee camps.

There is no end to the admiration I feel for colleagues, friends, and the thousands of heroes I’ll never meet in India and Nigeria who ended polio in those countries. Every time a new crisis arose, they met it with the same commitment and creativity I see in Pakistan now. My memory of those successes gives me the confidence to believe that one day soon Pakistan and Afghanistan will also eliminate polio, and help ensure that it ceases to exist everywhere, forever.

Mobile payments to vaccination workers are an important tool in the fight to end polio—a tool that promises to have similar benefits for any number of other public health initiatives.
By Andrew Stein Senior Program Officer, Polio

Community-based Emergency Operations Centers (EOCs) are as crucial to COVID-19 response as they have been in the fight against polio and other infectious diseases.