The Democratic Republic of Congo just stopped a killer disease in its tracks. What's next? 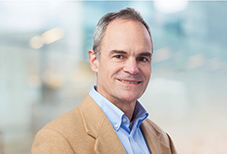 Update 8/1/18: Today, the DRC confirmed a new outbreak of Ebola in the North Kivu province. This is unfortunate news and we will be following the news closely. We’re confident the same leadership that stopped the Ebola outbreak in Équateur province will be put to action to stop this outbreak too.

On May 8, an Ebola virus outbreak was reported in the Democratic Republic of Congo (DRC). Like eight previous outbreaks in the DRC stretching back to 1976, the cases were discovered in remote rural areas, and first responders were hopeful that they could quickly isolate the outbreak and contain the disease.

Then four new cases were discovered in Mbandaka, a bustling city of more than a million residents perched on the banks of the Congo River – a major transit artery that links Mbandaka to a nation of 79 million people. Some experts worried that the outbreak could spiral out of control like the Ebola epidemic of 2014-2016 in West Africa that infected close to 30,000 people and killed more than 11,000.

But on July 24, the World Health Organization (WHO) declared the DRC Ebola crisis over. A total of just 54 cases were detected over 10 weeks, making the 2018 outbreak small and short compared to others on record.

The Government of the DRC, the WHO and dozens of other organizations deserve praise for mounting a rapid and effective response. Peter Salama, who heads the WHO Health Emergencies Program, told Science that “the most effective lessons from the West African epidemic were truly learned,” and there is evidence to support his claim.

Just days after the outbreak began, sweeping surveillance efforts were launched in the towns and villages surrounding the outbreak’s focal point in Équateur Province. First responders questioned people with suspected or confirmed Ebola infections about their most recent contacts with friends and relatives, and the Government of the DRC launched a multi-media health education campaign that reached tens of thousands.

The DRC’s Minister of Public Health, Dr. Oly Ilunga Kalenga, also approved the emergency use of an experimental vaccine to protect frontline health workers and vaccinate contacts. The vaccine was donated by Merck with support from Gavi, the Vaccine Alliance, and was available in the country within days.

As someone who has served as a frontline responder during two Ebola outbreaks, I can attest that the arrival of the vaccine energized the response. During the Kikwit outbreak of 1995, I was assigned to draw blood from suspected Ebola cases, and my colleagues and I lived in fear of an accidental needle jab that could expose us to a disease with a 70% fatality rate.

We also had little to offer patients and their relatives beyond routine supportive care and a hospital cot, and the fear of dying far away from the comfort of family and friends led some patients to flee their homes when we arrived at the door.

While we don’t yet have data on the Merck vaccine’s effectiveness during the recent outbreak, we know for certain that it strengthened the morale of first responders and encouraged people to report potential exposures. The vaccine did much more than deliver antibodies, it delivered hope.

Now we need to apply the same sense of urgency that stopped the Ebola outbreak in its tracks to another serious health threat that could put the DRC, its neighbors and the global effort to eradicate polio at risk. For more than a year, frontline health workers in southern and eastern provinces of the DRC have been trying to contain an outbreak of circulating vaccine-derived poliovirus (VDPV).

The oral polio vaccine contains a live, weakened form of the virus that stimulates an immune response in the body and protects those who receive it from contracting polio. Children who receive the vaccine will continue to excrete tiny amounts of weakened virus after receiving it, which usually helps provide protection against the virus to entire communities.

But in communities with low vaccination rates, the weakened virus can continue to circulate. And the longer it circulates, the more likely it is to mutate into a virulent form that can paralyze those who are exposed to it, much like the wild virus it is designed to prevent.

This is the situation that the DRC currently faces, and its low routine immunization coverage means that many more children are at risk of paralysis if the circulating virus keeps spreading. The solution must focus on strengthening the national routine immunization program, scaling up surveillance, detecting all VDPV cases and conducting follow-up oral polio immunization campaigns in communities where VDPV is discovered. That’s a lot of work to do in a country where limited infrastructure makes it hard to reach rural communities. But if the DRC can beat Ebola, I’m confident it can tackle VDPV, too.

In 2017, VDPV caused 22 cases of paralysis, and the outbreak has continued into 2018, striking another six children. What is especially worrisome is that the latest reported case occurred near the DRC’s northeastern border with Uganda. This means that the outbreak in DRC is potentially putting the central African region at risk. At a time when the world stands at the brink of eradicating the last remaining sources of wild poliovirus in Afghanistan and Pakistan, we must take every step necessary to bring the DRC’s smoldering VDPV crisis to an end.

Dr. Kalenga and his team are taking important actions to address the VDPV crisis and recently organized a meeting with provincial governors to coordinate a robust national outbreak response with support of the Global Polio Eradication Initiative. The DRC should be proud of its success in tackling Ebola, and it can apply many of the same principles to the global effort to end polio for good.

Measles outbreaks in an interconnected world

When immunization coverage drops, everyone is more vulnerable. In today's interconnected world, it's easy for an international traveler to bring back a disease like measles that can then spread in our communities—the reason for the three current outbreaks in the U.S. That's why outbreaks of infectious diseases anywhere are a threat to us everywhere.
Orin Levine Former Director, Global Delivery Programs, Bill & Melinda Gates Foundation

If an infectious disease had intellect and could think like a human, it would probably strive to become the “alpha” among its peers. Its war cry would be “take no prisoners.” In other words, it would be the type of assassin that disappears without a trace after killing their victims. What disease fits this description best? I’d have to pick tuberculosis.
Huan Shitong Senior Program Officer, Bill & Melinda Gates Foundation
Sign up for The Optimist newsletter
Subscribe to The Optimist to get weekly updates on the latest in global health, gender equality, education, and more.