Africa: In the fight against COVID-19, an unsung  continent 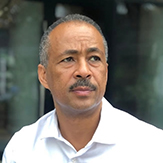 Two months ago, when the peak of the pandemic passed in China and moved to the United States and Western Europe, epidemiologists tried to predict where COVID-19 would hit next—and hit hardest. Many thought Africa would become the next high-risk area, but when COVID-19 eventually arrived on the continent, most of the dire predictions were way off.

Of course, the pandemic isn’t over and things are evolving, but the predictions missing the mark so widely has left modelers and public health experts scratching their heads. Why has Africa witnessed a much milder pandemic than elsewhere?

People have proposed many theories. Some point to Africa’s relative youth: While nearly 95% of COVID-19 deaths in Europe were people over 60, Africa’s median age is only 19, and 60% of the continent is under 25. Others suggest Africa’s low case counts are a mirage, and that we aren’t seeing the true data because of limited testing capacity and mortality tracking. There is a lot, the argument goes, that we still don’t know.

Here’s my sense of the issue: What we don’t know about Africa and COVID-19 is far less important than what we do know. Because the things we do know are amazing and important and have surely contributed to Africa’s overall success in weathering this disease.


We know, for instance, that in January, even as many Western nations hesitated, Ethiopia began intensive screening at Addis Ababa airport. We also know that Africa CDC created its COVID-19 task force on February 5, before the continent had a single case. We know that Rwanda became the first African nation to lock down on March 21st and that many other African countries soon followed: South Africa implemented its comprehensive lockdown when it had only 400 cases and two fatalities. (With a similar-sized population, Italy had more than 9,000 cases and 400 deaths when it acted.)

In short, when the threat of COVID-19 arose, almost all 55 nations on the African continent acted swiftly to stop its spread. They did so in the face of great economic risk—more than 80% of Africa’s population work in the informal sector, often living on daily earnings—and with far more limited resources than the United States and Europe. And because those regions had to focus on their own crises, Africa responded, for the most part, alone.

African heads of state deserve much credit, but this swift and effective response was only possible because of the support and sacrifice of the people. Tens of thousands of health workers fanned out across the continent, taking temperatures and screening for the disease. In research labs and businesses of every size, people got to work. Scientists in Senegal developed a $1 COVID-19 testing kit and used 3D printing to make ventilators. In Nigeria, tailors sewed masks and personal protective equipment (PPE).

And of course, millions of everyday African citizens did their part, too. Many stayed indoors, halting the normal rhythms of their lives at great personal cost. Some struggled to get prescriptions refilled or receive routine health care. Others lost jobs and income. But so far, the continent has by and large averted disaster.

There are three lessons, I think, the world can take away from this remarkable story.

The second lesson involves Africa’s recent history. The continent’s experience in fighting other outbreaks has helped it fight this one. For example, Sierra Leone and Liberia used what they learned during the 2014 Ebola epidemic about building contact tracing networks and quickly implemented them to track COVID-19. In other places across the continent, people readily adopted non-pharmaceutical interventions despite PPE shortages, which people in Western countries were slow to do.

Third, and finally, Africa in the age of COVID-19 has shown the world a powerful and counterintuitive fact: Nations don’t necessarily have to be wealthy to stay healthy. Of course, a strong economy helps build a strong health system. But smart policies, early action, committed health workers, and engaged communities matter just as much.

This doesn’t mean it’s time for complacency now. Numbers are rising and it could be some time before a safe and effective vaccine is developed and widely distributed. The story of this pandemic is far from over, and Africa’s leaders and citizens must continue to chart a course that protect lives as it rebuilds economies. Still, the continent’s performance so far is an early bright spot. Africa deserves the world’s recognition and is a reason to be hopeful as we move forward.

M. Hari Menon, director of the India office at the Gates Foundation, shares how the foundation has partnered with government entities, local charities and organizations, as well as biopharma, to respond to COVID-19 in India.
By M. Hari Menon Director, India Country Office, Bill & Melinda Gates Foundation

When a COVID-19 vaccine is ready, this group will make sure the whole world can access it

Gavi's expertise in delivering life-saving vaccines has saved millions of lives globally, and will continue to do so, with the help of world leaders pledging to fund Gavi for the next five years at the Global Vaccines Summit on June 4.
By Bill Gates Co-chair and Trustee