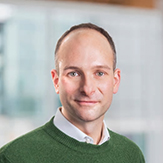 In the past several months, millions of Americans have become painfully aware that things completely out of their control can ruin them financially. But the 40 million Americans who live in poverty knew this long before anybody had heard of COVID-19.

Separately, in the past several months, millions of Americans have witnessed heart-breaking reminders that justice isn’t a given. But the 40 million Americans who are Black knew this long before anybody had heard of George Floyd, Breonna Taylor, or Ahmaud Arbery.

At this moment a group of eight philanthropies is ready to award 28 grants to participants in the Voices for Economic Opportunity Grand Challenge. The recipient organizations, from around the country, will be receiving grants of $100,000 each to work on projects that take direct account of the experiences and voices of people who are facing poverty and marginalization in our country, through film, video, the written word, art, experiential projects, and more.

Among the groups chosen to participate in the program are:

We started this work nine months ago. It is not a response to recent events. However, it is important work in its small way, designed to help all Americans engage each other with dignity, humility, and respect. The Grand Challenge’s goal is to help move us away from prevailing stories rooted in misconceptions and stereotypes to ones rooted in shared values, history, and systemic solutions. It is designed to help us see through confusion and prejudice to one another’s basic humanity. This is not in itself a solution, but a starting point. And so, we make this announcement today from a place of hope and resolve.

Part of the goal of these 28 organizations will be to build a bridge between people who right now feel as if their experiences are quite distinct, separate, and often at odds with each other. They will aim to empower people to cross those divides by telling stories that help us to see each other more clearly, to find commonalities, and to discover our place in something bigger together.

We don’t think that this work is going to solve the problems of racism or poverty in America. It is not going to help fulfill the daily needs of those fighting for their lives right now. But it might catalyze systems change by causing the people who perpetuate those systems to see things with more humanity and insight. It is just a single part of a complex, multi-funder project, but it is a step towards the future that we need so desperately to build together.

Pandemic Philanthropy: A Q&A with Caira Woods about how nonprofits are handling the high demand for, and supply of, charitable giving

Dr. Caira Woods, a senior program officer at the Gates Foundation, shares how the foundation is building the capacity of nonprofits during the COVID-19 pandemic.
Caira Woods Deputy Director, Bill & Melinda Gates Foundation

When a COVID-19 vaccine is ready, this group will make sure the whole world can access it

Gavi's expertise in delivering life-saving vaccines has saved millions of lives globally, and will continue to do so, with the help of world leaders pledging to fund Gavi for the next five years at the Global Vaccines Summit on June 4.
Bill Gates Co-chair, Board Member, Bill & Melinda Gates Foundation

Giving in the time of COVID-19: A conversation with Victoria Vrana about the new PowerOf platform

Victoria Vrana, a deputy director on the Philanthropic Partnerships team, shares about the launch of PowerOf, a new online platform that connects people eager to make a difference with organizations addressing the impacts of COVID-19.
By Victoria Vrana Deputy Director, Philanthropic Partnerships, Bill & Melinda Gates Foundation
Sign up for The Optimist newsletter
Subscribe to The Optimist to get weekly updates on the latest in global health, gender equality, education, and more.