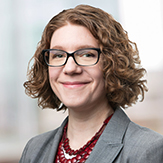 Why would 16,000 people from around the world travel to Amsterdam last week to attend a five-day conference in the midst of a heat wave? Why would activists, researchers, health care professionals, government officials, funders, and community leaders from more than 160 different countries come together to review data, share stories, and discuss strategies?

Because while the global fight against HIV/AIDS has made significant progress over the past three and half decades, it is far from over, and that fight requires a diverse, but united, front.

The International AIDS Conference is the largest conference on any global health issue in the world and it first convened in 1985, at the height of the epidemic. This year’s conference, AIDS 2018, was the 22nd installment and was held in Amsterdam with a theme of “Breaking Barriers, Building Bridges.”

For me, what makes this such a powerful conference is the welcome and active participation of advocates and the communities impacted by this epidemic.

I also appreciate the passionate debate among attendees—space for that is necessary when you’re talking about issues like sex, sexuality, gender inequity, sexual orientation, gender identity, injection drug use, and sex work.

Within this context, there were several key themes that carried throughout the conference:

The theme of HIV prevention is one that I work on daily at the Gates Foundation. What’s clear now is that the data support the need for this continued focus on prevention, and that the broad community in attendance seemed to agree on this point. But a challenge remains: if we are to truly deliver effective prevention options to people at risk of acquiring HIV, these options need to fit into people’s daily lives.

That’s one reason why the foundation supported a satellite session at the conference to look at what we’ve learned about delivering daily oral PrEP in communities around the globe.

Oral PrEP is a single pill that, when taken as directed, has been shown to be effective at preventing HIV acquisition (for a great primer on PrEP, checkout AVAC’s Fact Sheet). It has strong uptake in the US (approximately 220,000 users to date, according to PrEPwatch.org) and other high-income countries, and while daily pill taking may not be appealing to all people, oral PrEP has the opportunity to play an important role in the prevention agenda.

While much of this session showcased data from implementation research around uptake and continuation numbers, speakers also shared lessons learned about shaping programs and policy to reach people with PrEP and help them continue with the product. One highlighted example was how community involvement and leadership has played a key role in making PrEP an accessible, and acceptable, tool for sex workers through Ashodaya Samithi in India.

Gathering lessons like these from implementation research is vital for informing how the field approaches both the deliverability of oral PrEP as well as other prevention products that might become available in the future.

One moment I won’t forget is when a young man living with HIV spoke in a session and chided us all when he said, “we are addicted to numbers [in this response]”.

While understanding the data is important to inform how we design effective programs, we cannot forget that at the heart of this epidemic are people, with complex lives and tough choices in front of them every day.

That is why it is so crucial that we continue to have a diverse set of stakeholders contributing to this conversation. We need to be reminded that all pieces of this response are needed: the drug and vaccine research and development, the program design and implementation, the global guidance, and the local policies and community engagement. When it comes to the fight against HIV/AIDS, it takes a village.

Overcoming fear and stigma in the age of HIV/AIDS

Even three decades later, Dr. Lorna Tumwebaze still remembers the fear she felt after encountering her first patient living with HIV at a hospital in her native Uganda. She had just performed a Cesarean section under poor infection control measures when the medical staff learned the mother had recently been diagnosed with the virus.
Ryan Bell Feature Writer, Bill & Melinda Gates Foundation

Want to maintain the progress against HIV/AIDS? We need solutions for young women in sub-Saharan Africa

Global HIV infections have fallen for the past two decades, but addressing the challenges that young women in sub-Saharan Africa face will be critical if we want to maintain progress.