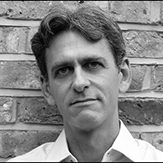 In addition to this week's article on malaria, we also introduce you to a new series, Sick History. In this first episode, Dr. Jennifer Gardy walks through the history of malaria and the tools we have to continue fighting it. Watch the first episode below.

At a refugee camp on the Ugandan border with Sudan, health officials distribute bed nets impregnated with pyrethroids, an insecticide that kills the mosquitoes that transmit malaria. Meanwhile, 5,000 miles away on the Thai-Cambodia border, a health worker hands a blister pack of artemisinin-based combination therapy (ACT) – a powerful medication that rapidly eliminates the malaria parasite from the human bloodstream – to a young woman who has just been diagnosed with the infection.

Thanks to these and similar programs supported by The Global Fund, in 2017 the disease accounted for 435,000 deaths globally – less than half the number as at the turn of the millennium.

That’s the good news. The less good news is that those numbers have not gone down as quickly since 2015 as they did in the previous decade. And with resistance to pyrethroids now rife, and resistance to ACTs spreading in southeast Asia, the fear is that malaria cases and deaths could rebound.

Malaria is an ancient and formidable foe. Molecular evidence suggests Plasmodium falciparum, the deadliest form of the parasite, may be 100,000 years old: after crossing from gorillas to humans, it gained a foothold in human populations around 10,000 years ago with the shift to farming lifestyles.

Before the 20th century, malaria was endemic to every continent on earth, with the exception of Antarctica, and the chills and sweats of malaria were as familiar to the inhabitants of Mississippi and Ohio as Mozambique and the Philippines. Even today, 219 million people are infected with malaria each year: children below the age of five, who account for half of all malaria deaths, and women, are particularly vulnerable.

Malaria – from the Italian word for “bad air” - is easily prevented, however.  For instance, in the 1930s Italy eliminated the disease from the Pontina, the grassy wetlands that stretch from the gates of Rome to the Tyrrhenian sea, by draining the marshes and distributing quinine to farmers and shepherds.

So why is it that, for most of history, solving a problem like malaria has been anything but straightforward?

To answer that you have to understand a little about the life cycle of the parasite and the environmental and social conditions that favor the 40 species of Anopheles mosquito that transmit malaria and endanger humans in different parts of the world.

One of the most efficient is Anopheles gambiae, the main vector of malaria in sub-Saharan Africa. Like other anophelines, it likes to lay its eggs in water – often in sun-dappled, freshwater puddles typically found in forest clearings or on the edge of villages after heavy rainfalls.

The disease cycle begins when a female anopheline plunges its needle-like proboscis beneath the skin of its unsuspecting human victim and injects some parasites into the bloodstream. The parasites travel to the liver, where they rapidly multiply, before infecting red blood cells where they continue to proliferate.

The characteristic symptoms of malaria – a deep chill and headache, followed by tremors, sweating and a high fever – occur when the parasites break out of the blood cells 10 to 15 days later. Other mosquitoes can then pick up the parasite – in its ‘gametocyte’ form – when they bite and feed on that person, and then go on to infect others.

There are several ways to interrupt this cycle, but all are complicated. You could clear the parasites from the human bloodstream; or kill the mosquitos that transmit malaria from one person to another; or find a way to block the transmission.

In 1940 the Rockefeller Foundation succeeded in the second course of action. They eliminated  An. arabiensis – another form of malaria-transmitting mosquito – from northeastern Brazil using disciplined work teams to dig irrigation ditches, fumigate houses and kill larvae. But malaria, which was almost certainly introduced to South America through colonization and the slave trade, never completely disappeared from the Amazon basin, where An. darlingi is the main vector, and by the 1980s the disease was once again sparking epidemics across Brazil.

Extensive public works programs initiated during the New Deal in the 1930s were rather more successful. Across the malaria-ridden southern United States, work teams drained swamps and installed screens on porches and windows. After the start of World War II, The Office of Malaria Control in War Areas was established to keep troops from contracting the disease while fighting in the South Pacific.

The Office also applied its expertise to the home front: in the American South, it monitored infections to ensure patients received rapid treatment with quinine, while the famous New Deal-program, the Tennessee Valley Authority, varied the level of reservoirs to stop mosquitoes laying eggs along the shorelines. The measures resulted in the elimination of malaria in the U.S. in 1951,  and The Office of Malaria Control in War Areas was transformed into a much larger public health organization: The CDC.

Encouraged by such successes, in 1955 the World Health Organization (WHO) launched a campaign to eradicate malaria worldwide. Its principle weapons were the insecticide DDT and chloroquine, a cheap derivative of quinine. To kill mosquitoes, DDT was sprayed on interior walls and ceilings where anophelines like to rest between blood meals. At the same time, to clear the human reservoirs of infectious parasites, many governments distributed chloroquine as a prophylactic, even adding it to table salt.

By 1966 the campaign had seen the elimination of malaria from the Caribbean and parts of Asia and South and Central America. But the technical and political challenges in sub-Saharan Africa and waning financial resources proved too great, and in 1969, with mosquito resistance to DDT spreading, the WHO abandoned its efforts.

Three decades would pass. Malaria went unchecked in poor parts of the world, killing millions of people. Then, in 1998, encouraged by new rapid diagnostic tests and other tools, the WHO, World Bank, United Nations Development Programme (UNDP) and United Nations Children's Fund (UNICEF) launched a new program, ‘Roll Back Malaria’. Its goal was a significant reduction – ideally halving within ten years – in the global burden of disease associated with malaria.

In 2002, the fight against malaria received a massive boost with the establishment of The Global Fund, which now accounts for 60 percent of the money spent on malaria control each year. Other new sources of funding included the U.S. President’s Malaria Initiative and the Bill & Melinda Gates Foundation.  The result was a dramatic fall in malaria case numbers and deaths after years of faltering progress: between 2000 and 2015 the global malaria death rate by 60 percent.

These advances have shown that defeating malaria, like the eradication of smallpox in 1980, is by no means impossible. In 2017, 46 countries reported fewer than 10,000 indigenous malaria cases and in 2019 Algeria became the second country in Africa to be certified malaria-free after Mauritius. China is on track to be certified malaria-free in 2020.

More nations could follow. Last month, at a conference in Lyon, France the Global Fund surprised the world’s public health community, raising $14 billion dollars for its next 3-year budget. The sum is the largest fundraising total in the organization’s history, and the Fund believes it will enough for them to cut the malaria death rate by another 43 percent by 2023.

Even still, there are challenges ahead. Reducing the burden of malaria has proved particularly challenging in Africa, which together with India is responsible for 70 percent of global infections. And the specter of climate change, researchers believe, could rearrange the current geography of malaria, with rising temperatures allowing mosquitos to spread to new regions.

These concerns should be taken seriously. As malaria has shown time and again, it is a wily foe and will not give up its fight for survival easily.

Mark Honigsbaum
Medical historian and author
Mark Honigsbaum is a medical historian and the author of The Fever Trail: In Search of the Cure for Malaria (Farrar Straus Giroux, 2002) and The Pandemic Century: One Hundred Years of Panic, Hysteria, and Hubris (Norton, 2019). He lectures at City, University of London.
Connect
More in: Malaria Research and Development
Published: Nov 11, 2019

Mosquitos are smarter than most people realize. They have four well-developed senses (sight, smell, taste, and hearing), a capacity for making decisions, and an ability to develop flavor preferences. That means, in the battle against malaria it helps to think like a mosquito.
Ryan Bell Feature Writer, Bill & Melinda Gates Foundation

If an infectious disease had intellect and could think like a human, it would probably strive to become the “alpha” among its peers. Its war cry would be “take no prisoners.” In other words, it would be the type of assassin that disappears without a trace after killing their victims. What disease fits this description best? I’d have to pick tuberculosis.
Huan Shitong Senior Program Officer, Bill & Melinda Gates Foundation
Sign up for The Optimist newsletter
Subscribe to The Optimist to get weekly updates on the latest in global health, gender equality, education, and more.