The Global Findex 2021 report shows, surprisingly, that financial inclusion increased all over the world last year despite COVID-19. Bangladesh’s work to increase the use of digital wages during the pandemic illustrates how some policy responses enhanced this inclusion and led to enormous dividends for women. 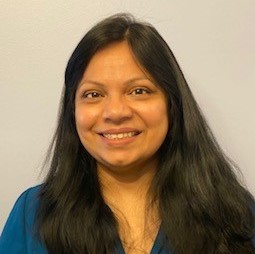 Sweety, a 19-year-old garment worker, grew up in the Sylhet district in Northeast Bangladesh. While her mother raised her and her two siblings, her father worked in a factory in Dhaka, about 120 miles away. Two years ago, at the age of 17, Sweety followed in her father’s footsteps and got work as an assistant quality checker in a Dhaka garment factory. “When I got my first salary in cash, I felt good,” Sweety says. But “after a few months, I realized that cash is not safe and can be stolen. Also, the cost of cash is higher and difficult to calculate.”

When her factory joined a growing trend in Bangladesh to digitize garment workers’ wages, however, Sweety realized that there was a much safer, more efficient, and more empowering option than cash: A digital account. “At first, I was worried,” she recalls. “I didn’t know how to use a bank account or withdraw money from an ATM on my own. The security guard had to help me.” But, after some training provided by the HERproject led by Business for Social Responsibility, Sweety learned how to use an ATM. “I also started tracking my expenses and income through a monthly budget,” she says. “This helped me reduce my extra expenses. I also started saving into a formal bank.”

Sweety is just one of millions of working women all over the world who are now enjoying the benefits of financial inclusion. In fact, according to this week’s Global Findex 2021 report, many nations, including my home country of Bangladesh, have made striking advances in this area since 2017. Thanks to gains across sub-Saharan Africa, Latin America, and Southeast Asia, more people than ever—three out of four adults worldwide—now have an account at a bank or other financial institution or with a mobile money provider like bKash in Bangladesh. That’s a 50% increase over the last decade.

In addition, while men are still more likely than women to have an account, the gender gap in lower-income countries has decreased by a third since 2017—a remarkable feat given the pandemic’s overall impact on women’s economic health. For all the damage it has caused, COVID-19 has accelerated many of the broader trends driving financial inclusion around the world. More people embraced digital accounts and payments, more companies built systems to pay wages digitally, and more countries made investments in the policies, infrastructure, and market drivers that increase and sustain financial inclusion.

As a program officer at the Gates Foundation, I work with partners such as HERproject to encourage financial inclusion in Bangladesh, where wage digitization has made impressive strides toward bringing women under the formal financial umbrella. According to Global Findex, women’s digital account ownership in Bangladesh increased by 7% over the past four years, cutting one of the world’s largest financial gender gaps by a third. One big reason for this gain is a push for digital wages in Bangladesh’s ready-made garment (RMG) industry, leading to exponential growth in such payments after the government’s COVID-19 response drew on the nation’s vibrant ecosystem of mobile money companies to better reach workers who did not yet have bank accounts.

Encouraged by global garment brands such as Gap and Inditex, many Bangladeshi manufacturers voiced strong support for digitizing RMG workers’ wages even before the pandemic. At a 2019 conference, government and private-sector leaders pledged to work together to make it happen. A few months later, COVID-19 forced the issue as a nationwide lockdown closed factories and left millions of workers without jobs, money, or food. One study found that roughly 90% of Bangladeshi RMG workers suffered from food insecurity in April 2020.

To ease this crisis, the government offered low-interest loans so garment manufacturers could pay their workers for three months while factories were closed, with one key stipulation: These payments had to be made to digital accounts. As a result, nearly 2 million digital accounts were opened within just two weeks, and the percentage of RMG workers being paid digitally skyrocketed from roughly 28% before COVID-19 to 76% in May 2020. With this ambitious (albeit temporary) policy step, Bangladesh took a huge step forward on financial inclusion, particularly for women workers who were previously left out of the formal financial system.

The benefits of digital wages

So what was the impact of this policy? When it comes to cushioning COVID-19’s shocks, it’s hard to disentangle the trends of rising digital payments and a recovering economy, but an analysis by Microfinance Opportunities suggests that digital wages helped mitigate food insecurity across Bangladesh, with those already being paid digitally before COVID-19 faring the best. Either way, food insecurity dropped to roughly 50% by the end of the summer and to around 25% by December 2020. (Today, thanks to a vibrant economic rebound spurred by renewed global garment demand, it’s down to 5%.)

We do know that digital wages—and the financial inclusion they provide—offer many other benefits for companies and workers alike. For garment factories, paying digitally vastly simplifies the payroll process, cutting administrative time spent on that process by more than half. It’s also safer and less onerous for everyone, since large quantities of cash are no longer involved.

For workers, digital wages make it easier to save, since they can withdraw only what they need to spend and have a secure place to keep the rest. Sweety, for example, is now saving for marriage and a home of her own, and she is not alone. A randomized experiment led by World Bank researchers found that digitizing wages increased the likelihood of workers saving any money at all by 25% and encouraged workers to transfer remittances digitally at lower cost from their own accounts. We know that digital transfers from migrant workers like Sweety have profound impacts on their home villages. Another study found that training migrant workers to use mobile money resulted in a 26% increase in remittances to their rural households, which in turn led to a 7.5% increase in their household consumption and a reduction in extreme poverty. Imagine scaling these massive impacts on poverty and well-being to the millions of other migrant workers.

On top of all these other benefits, digital wages are especially empowering for Bangladeshi women, who are traditionally expected to turn over their cash earnings to their husband or father. On paydays, long lines of men usually wait outside factory gates for this handover. But when women are paid digitally, their wages go into their own account instead. While transaction records do potentially complicate matters, digital accounts in their own name add an additional level of autonomy for women.

When I visited a Bangladeshi garment factory in April, I asked two young female workers what they thought to be the benefits of receiving wages digitally. Their responses clearly showed greater agency in household decision-making, budgeting, and prioritizing of expenditures and an increased level of confidence and financial awareness. Another added benefit is a growing social capital or group support system among female workers who are familiar with digital accounts; they help others overcome challenges in using such accounts.

Unfortunately, after the government wage support ended in August 2020, some Bangladeshi garment factories reverted to cash, and the number of RMG workers paid digitally fell to roughly 56%—still considerably higher than before COVID-19. That said, the Bangladeshi experience illustrates how digitizing wages, especially alongside other critical investments in digital public infrastructure—such as better payment systems, digital IDs, and data-sharing protections—could provide financial inclusion and a path to prosperity for millions more women who work in factories worldwide. In fact, the International Labour Organization is already working with multiple stakeholders to digitize garment worker wages in Cambodia.

Perhaps the best proof of the value of digital wages is that once women experience them, many are not willing to go back to cash. After one H&M factory transitioned, the number of women workers who said they preferred digital wages jumped from 4% to 81%, and those who saved every month doubled from 36% to 70%. “My life is different than my mother’s and grandmother’s,” says Sweety. “They did not get the privileges in life as I get now. They could not imagine that I can go far from the village for work…. It’s a positive change.”

With the economic recovery failing women, now is the time to act on gender equality