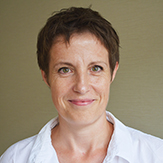 The rural women of Kitui county in Kenya had a serious problem. In this largely rural county, they traditionally cooked family meals and the staple Ugali in pots balanced on three stones over an open wood fire. They coughed and wheezed, their eyes irritated by the thick smoke that turned the walls of their unventilated kitchens black. They also spent at least two hours a day collecting firewood. Yet the energy policies adopted at the national level had not filtered down to the counties.

GROOTS Kenya, a grassroots women’s movement, organized and trained the rural women in Kitui county to measure the impact of unclean cooking in their communities, so they could figure out how bad this all was. They found that over two-thirds of families used the unclean three-stone method for everyday cooking. Talking to local clinics, they measured the prevalence of aggravated asthma, bronchitis, wheezing, and eye irritation. They confirmed that women and children, who spend the most time in the kitchen, were the worst affected. Although three quarters of women knew of clean and efficient cook stoves, most felt that the cost was prohibitive, and their lack of credit made a purchase inaccessible.

GROOTS Kenya encouraged the women from Kitui to attend public hearings about the county budgets and, armed with this evidence, to make the case for resources to be allocated to clean cooking. GROOTS Kenya also approached public officials with the survey findings. Thanks to their efforts, the county allocated $1.25 million over five years to promote clean cooking through the provision of ventilated and more efficient cook stoves, the production of clean-fuel briquettes, as well as training and sensitization. GROOTS Kenya has now launched a similar survey in two other counties—Kiambu and Kilifi.

This is the power of data and evidence. By shining a light on hidden, ignored or underestimated issues, they provide fuel to advocate for change, take informed action and measure the impact of these actions. This is the kind of power needed to end gender inequality by 2030—a pledge undertaken by 193 nations through the UN Sustainable Development Goals adopted in 2015. By measuring and mapping out women’s and girls’ lives and challenges around the world, the sources of these inequalities can be addressed.

“For policymakers with many competing priorities, data help show the scale and impact of problems. Our partners tell us: ‘when we have the facts, we are listened to’,” says Alison Holder, the Director of Equal Measures 2030, a partnership of leading regional and global organizations from civil society and from the development and private sectors. Equal Measures 2030 works to ensure that women’s and girls’ movements—such as GROOTS Kenya—advocates and decisionmakers have the data they need, when they need them and in a form they can use. Data and evidence get policymakers’ attention, help prioritize interventions and influence how resources get allocated.

In Uruguay, the problem that was scaled and got attention was women’s unpaid caregiving. Although it had been the first Latin American country to grant women the right to vote in 1927, Uruguay faced the challenge of a significant gap between male and female labor force participation rates. At the same time, its population was aging rapidly. Academics were the first to conduct a time-use survey to quantify unpaid work in the Montevideo area in 2003, and the national statistics office then followed with several nationwide surveys. Quantifying the country’s “care deficit” spurred a national debate. Collective efforts from civil society, academia and government agencies, informed by a national dialogue, led to the adoption of a National Care Plan in 2015, which mandated a comprehensive care system covering preschool children, the elderly and the disabled, backed by budget allocations.

The problem is, women and girls worldwide have been largely invisible when it comes to data. Globally, less than one third of the data needed for monitoring the gender-specific SDG indicators are currently available. Statistics have historically been collected without being disaggregated by sex, which has led to a gross underrepresentation of women. Emily Courey Pryor, the Executive Director of Data2X, a technical and advocacy platform seeking to improve the quality, availability and use of gender data, points out that the statistics traditionally collected about women have often centered on very limited issues, such as their role as mothers. While important, this only covers one aspect of their lives.

All over the world, products and services, from medication to seat belts, are routinely designed for the human default—males. So are policies. “Simply put, we’ve been making decisions with half the information,” says Emily Courey Pryor. “But this is a fixable problem.”

At the Women Deliver conference in Copenhagen in 2016, governments, non-profits and philanthropic organizations vowed to address the dearth of gender data. The Bill & Melinda Gates Foundation committed $80 million over three years to that effect. The Foundation has been supporting efforts to produce not only more but also better gender data, and to ensure it is used by policymakers.

Diva Dhar, senior program officer, Gender Data and Evidence at the Bill & Melinda Gates Foundation points out that, besides scaling the problem, effective change also requires measuring measuring program impact rigorously to know which policies or programs work and which don’t. Decades of surveys measuring how men and women spend their time—and the wide and active dissemination of the results—has informed Finland’s labor policies, including paternity leave, tax reduction for domestic costs, and daycare access, as well as how much progress has been made when it comes to sharing domestic work.

Two decades of collecting sex-disaggregated data on financial services has also given Chilean banks a good measure of gender gaps in financial inclusion and how to tackle them. Women typically manage their money differently from men, and they’re better at repaying loans. Yet most financial institutions are blind when it comes to better targeting women, missing out on a significant segment. In 2006, state-owned bank BancoEstado relied on sex-disaggregated data to launch CuentaRUT, a basic account with no fee available to anyone with a national ID number, which came with a debit card and flexible access. This was a break from typical bank accounts, most of which were tied to income levels and came with fees that were prohibitive for many and lacked flexibility. The government also decided to disburse its cash transfers, whose beneficiaries were mostly women, through CuentaRUT. Continued data collection has measured the impact over time: the number of accounts held by women skyrocketed by 73 percent in 2006 and increased by an annual average of 22 percent thereafter. Private banks soon launched their own simplified accounts. By 2017, women held as many accounts as men.

Much progress has been achieved on gender data and evidence in the last few years. Gaps have now been better identified, statistical standards developed, data collection efforts undertaken and programs evaluated. Equal Measures 2030 has mapped out a number of issues of critical importance to women and girls worldwide that are not, or not sufficiently, measured. These issues cut across SDGs, highlighting the need to adopt a gender lens across the board. On Monday, June 3rd, it a new gender index covering 129 countries across most of the 17 SDGs, measuring and comparing how they’re performing on their commitment toward gender equality by 2030.

Attention on gender has expanded from a traditional focus on health and education to a much broader range of issues, from labor and financial inclusion to climate change, farming and energy access. Multilateral efforts are underway, in addition to national ones. The International Monetary Fund, for example, began releasing sex-disaggregated data in its Financial Access Survey in 2016 and expanded pilots to collect these statistics in 2017. Similarly, in 2019, the WHO disaggregated data by sex in its World Health Statistics Report for the first time. And the International Labor Organization, the World Bank and Data2X are collaborating on a major statistical effort to better measure women’s work.

Emily Courey Pryor of Data2X compares the progress around gender data to a meal. “When we started, there wasn’t even a table cloth on the table. People didn’t even know what we were talking about,” she remembers. The Women Deliver conference in 2016 started getting people around the table. Over the past three years, plates and forks have been added. “But it’s like an eight-course meal, and it’s going to take time for all these things to fall into place,” she adds.

It will indeed take time, continued dedication, as well as considerable human and financial resources to address persistent data gaps. In some cases, collecting disaggregated data requires mining existing statistics that are available but not properly disaggregated. Other information requires collecting new data, increasing sample size and overhauling existing surveys or collection methods. In some cases, new tools need to be developed altogether. Technology, such as satellite imaging and big data, offers new avenues of exploration. But many national statistics offices are under-resourced and already spread very thin, doing a lot without a lot. Closing data gaps requires collaboration and partnerships among governments, donors, international organizations, academia and civil society. In addition, issues affecting women and girls touch every aspect of life, cutting across all sectors. And another challenge is to integrate what is often measured separately to better understand how they connect and intersect.

In addition, collecting more and better data only goes so far. Evidence and measures are useful only to the extent they are being properly disseminated and used. When Equal Measures 2030 surveyed policymakers in five countries, most were vastly off the mark when estimating five key gender equality statistics commonly available—from the share of women in parliament to the female participation rate in the labor force and the proportion of women with a secondary education in their own country. “Policymakers must be equipped with—and sufficiently use—quality data and evidence in order to understand the challenges faced by girls and women and to guide real policy action towards the gender equality targets within the SDGs,” says Alison Holder.

Ultimately, what we measure about women and girls, and how we measure it, is a reflection of attitudes and social norms. It is time to change the human default off the male setting.

Caroline Lambert
Visiting fellow, Center for Global Development
Caroline Lambert was a visiting fellow at the Center for Global Development. While a staff journalist for The Economist, she won several awards for her coverage of Southern Africa's politics and business from Johannesburg. Her other assignments included being deputy Asia editor, and covering post-conflict situations—and at times not so "post"—from Afghanistan, Sierra Leone, Liberia, Zimbabwe and Algeria, among others. Before becoming a journalist, she worked for the World Bank Group.
Connect
More in: Womens Health Policy & Finance
Published: May 31, 2019

Poverty is not a single fact or condition, but rather a collection of them: a lack of financial assets, a lack of access to property, and a lack of voice in one's community.
Sarah Hendriks Director, Programme, Policy and Intergovernmental Division, UN Women
Sign up for The Optimist newsletter
Subscribe to The Optimist to get weekly updates on the latest in global health, gender equality, education, and more.